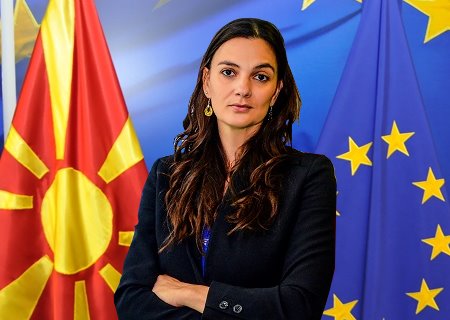 She spent most of her professional life in civil society, first as project coordinator and executive director of Forum – Center for Strategic Research and Documentation (2005-2011) and then as program director of Progres – Institute for Social Democracy, focusing on political analysis, education and training, democratic capacity building and policy development in the area of gender equality and social issues.

She is and was member of advisory and executive boards of a number of renowned national and international organizations, including CEE Gender Network (2018- ), Transparency Macedonia (2009-2013), German Marshal Fund (2006-2009) and the Bertelsman Foundation Transformation Index (2008). She has also been engaged as consultant of various projects implemented by the International Republican Institute, UNOPS and UNMIK. Secretary Gaber’s professional and activism interests lie in rule of law and good governance, political representation, gender and politics, LGBTI issues and non-discrimination of marginalized communities.

Ms. Gaber has penned a number of scientific works and articles published in the country and abroad, including “Crippled Liberal Democracy – Where did the EU fail in the Western Balkans and how can it regain its credibility?” (Cligendael Spectator, 2017); “Correlation between youth priorities and official policies” (Foundation Open Society Macedonia, 2017); “Macedonia”- Synonym of cooperation not trouble-maker (Forum Analytica, 2005); Preventive Deployment, The Case of the Republic of Macedonia (JCU University Press, 2002).