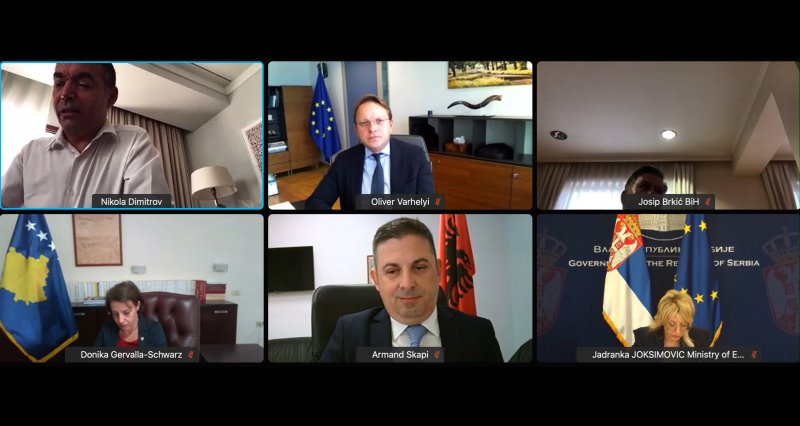 Upon an initiative by the European Commissioner for Neighborhood and Enlargement Olivér Várhelyi, Deputy Prime Minister for European Affairs Nikola Dimitrov, together with the ministers in charge of the European portfolio in the region, participated today in a meeting for an exchange of opinions and preparation related to the October EU-Western Balkans Summit.

Deputy Prime Minister Dimitrov stressed that the Summit must send a clear political signal for the European future of the Western Balkans. It is clear that the trust in the process has been shaken and without such a clear message, credibility will be further questioned.

Dimitrov: “The Summit should be an opportunity to bring the EU economic support closer to citizens, including the strategic partnership with the region in addressing global issues as common challenges - COVID-19 and vaccination, migration and security issues; however, progress in the enlargement process is the basic framework for success.”