Maricik- Kjucuk: Through cooperation, we build friendships and create new opportunities for young people from both countries 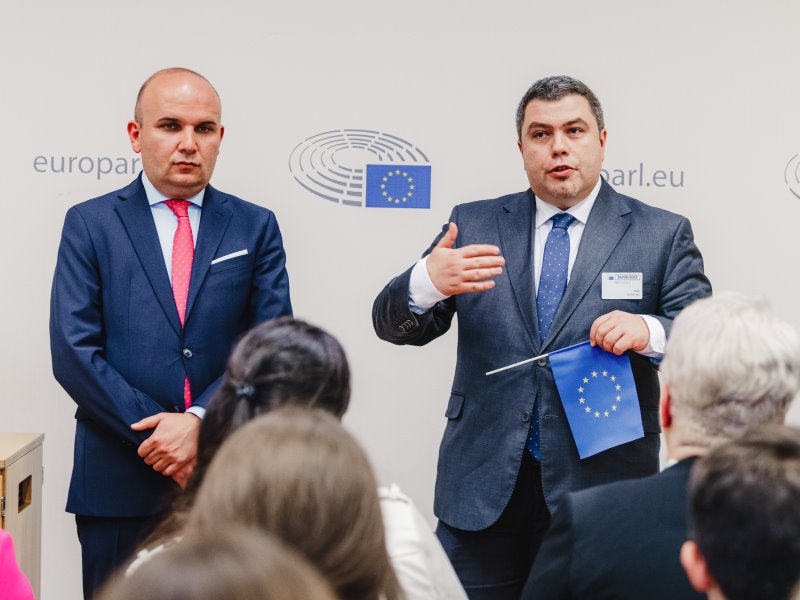 The Deputy Prime Minister in charge of European affairs, Bojan Maricik, today in Brussels together with the MEP and rapporteur for North Macedonia in the European Parliament, Ilhan Kjuchuk, held a meeting with the students from North Macedonia and Bulgaria, who had the opportunity to get to know each other as part of the study visit with the work and functioning of the European Parliament.

- I am always pleased by initiatives that create new friendships, experiences, new knowledge and develop good neighbourly relations. The young people from North Macedonia and Bulgaria have shown that they know how to build bridges that will connect the two countries and are an excellent example that through education you can build cooperation and new projects that will bring them new opportunities, Deputy Prime Minister Maricik told the students.

The host of this event, MEP Ilhan Kjucuk, together with the Deputy Prime Minister for European Affairs Bojan Maricik said that what they are working and fighting for is to open new opportunities for young people from both countries who will know how to overcome all differences in the spirit of European values.

We must build bridges between the two nations, not erect walls. You are the future of our two countries and the example you set is significant for good neighbourly relations. I believe that we will continue to develop them and achieve a lot with joint efforts, Kjucuk said.

Maricik expressed his belief that in the future there will be even more such initiatives, where young people from both countries will make friends, cooperate and, with mutual respect, will progress and bring success to their countries.

Students from two sister schools, from Skopje and Veliko Trnovo, visited the European Parliament in Brussels today, as part of a joint project, which aims to create bridges between young people from the two neighbouring countries.