Maricik: The reforms are much more than new EU laws, they are changes in the functioning of the institutions 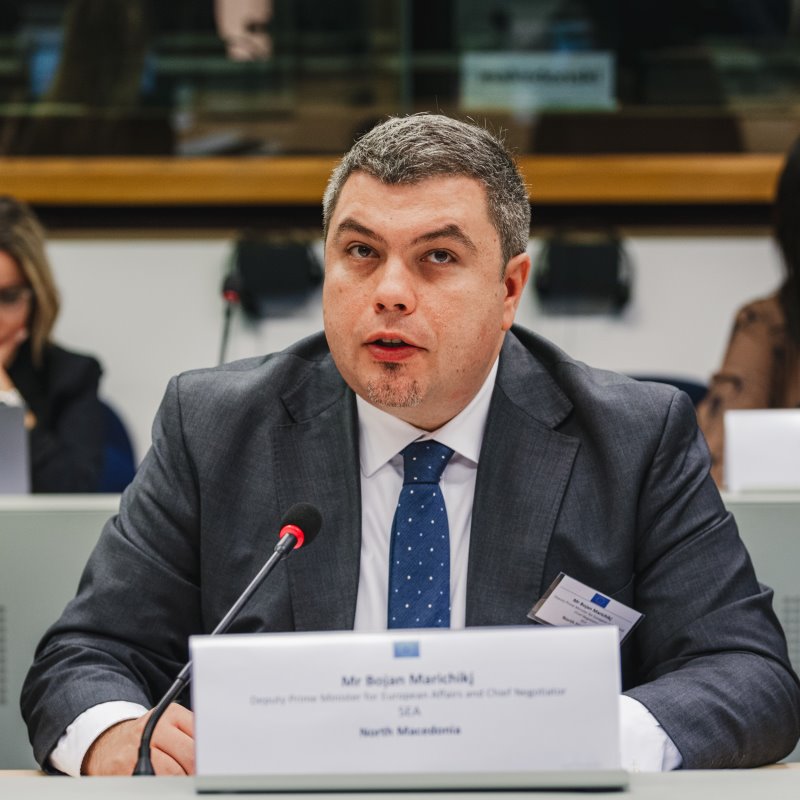 The Deputy Prime Minister in charge of European affairs, Bojan Maricik at today's explanatory screening meeting on "Functioning of democratic institutions", in his opening address said that this is an area of essential importance for every democratic society and that it will require maximum commitment to reform agenda that will help accelerate progress in this important area.

- The reform processes are not only about introducing new legislation, but also about changing the mentality and style of governance. We know and have the experience of how important the rule of law is, as well as having independent and efficient institutions that guarantee its implementation, said Maricik.

The Deputy Prime Minister for European Affairs and Chief Negotiator Maricik emphasized at the meeting that North Macedonia has made enormous progress in recent years, especially in terms of the rule of law and the return of democracy by building strong and functional institutions that work on the principles of accountability, transparency and inclusiveness which successfully responded to the setback noted in the last European Commission Report.

- In the past several election cycles, we have demonstrated the ability to organize fair and competitive elections as confirmed by the OSCE/ODIHR. Regarding the electoral reform, several amendments were made to the Electoral Code in order to address the recommendations pending from the OSCE/ODIHR Election Observation Reports, as well as the recommendations and best practices of the Venice Commission, Maricik emphasized, adding that the continuation of the electoral reform is among priorities as Government, through an inclusive and transparent new Electoral Code.

Deputy Prime Minister Maricik once again stressed to the representatives of the European Commission that it is important in North Macedonia to have a national consensus on the accession process and that the opposition should play a constructive role in fulfilling our strategic goal of full membership.

- The Assembly improved its role as the primary forum for constructive political dialogue. All parties contributed to two successful rounds of the Jean Monnet dialogue with the European Parliament. This cooperation is highly appreciated as is the continuous support of our efforts to further strengthen the role of the Parliament. With the adoption of the negotiation structure, we anticipate a key role for the Commission for European Affairs and the National Council for European Integration, in the process of adopting the harmonized legislation and organizing debates and consultations on reforms related to the EU, Maricik pointed out.

Today, the explanatory screening meeting was held for another area that is being introduced for the first time in the accession negotiations - "Functioning of democratic institutions", within the framework of the "Foundations" cluster, which is a basic value on which the European Union functions.

Held the second consecutive meeting of the Working Committee for European Integrations
Maricikj: 2030 is a real time to fulfil the obligations towards the EU
Maricikj from "College of Europe": The Balkans are Europeans, the EU should make a plan with a time frame for the next enlargement
Maricikj- Mogherini: We are activating the cooperation with the College of Europe for support in the EU negotiation process
Maricikj from Brussels: We took the first step to "accelerate the EU integration"
Maricikj from Brussels: We have a solid foundation of preparedness, it is important to maintain the momentum of the negotiation process