Maricik: Our assessment is that we have a good starting position for the negotiations to last shorter than in Serbia and in Montenegro 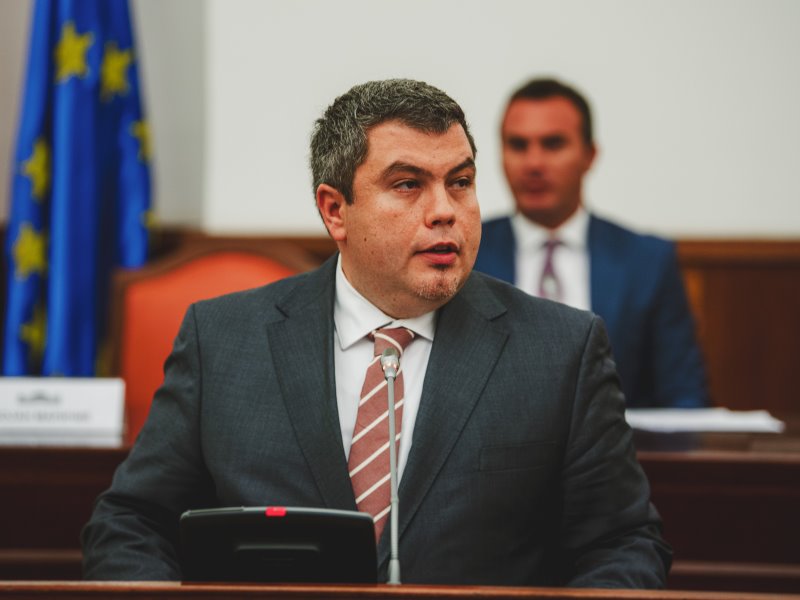 The Deputy Prime Minister in charge of European affairs, Bojan Maricik, stated in today's appearance on tv24 in "Studio 10" that North Macedonia is doing just as well, and in some parts even better than the countries that are already negotiating with the European Union, which will help us to have less or less difficult benchmarks when the screening is over and that this should be a chance or a good starting position for us to make the negotiations last shorter than they are for Serbia and Montenegro now.

- The negotiations officially started on July 19, the screening is a mandatory phase of the negotiations, it is not something new, made up only for us, but has existed for Serbia and Montenegro, and for Croatia and for all other countries. We did not start from a scratch, these two months, September and October, we are presented with that part of the regulation and standards that were newly adopted from 2019 onwards. That was enacted after the Covid crisis, and believe me there are many new regulations due to Covid, and adaptation to today's conditions. So we have been acknowledged what we heard in 2018 and 2019, and now we continue in a shortened version of the explanatory screening and we immediately start with the bilateral screening from November and it is a kind of acceleration, Maricik said.

Deputy Prime Minister Maricik, who is also the main negotiator with the Union, explained that the more serious part, which has more weight for us, starts from November, which is the bilateral screening, where the structure that is now being presented to the Macedonian teams will have to be presented in our view, how aligned we are and where we still need alignment and how long we are ready to align in order to become a member of the EU.

- We expect in these 14 months, during the screening, to highlight all our values, our achievements and successes, but also all our weaknesses and in what time frame we have to overcome them, said Maricik, adding that after the screening, the EU makes reports in relation to on what we have presented and on the basis of what they have presented to us and on those reports benchmarks, benchmarks are created for each chapter, for each cluster - which we have to fulfil in order to become a member of the EU.

When asked about the constitutional amendments and the continuation of the country's European integration process, Maricik answered that from the first day the opposition has extended its hand to get involved in the negotiation process, expressing the belief that there are MPs and politicians in VMRO-DPMNE who understand the significance of this process, who realize that this process is unrepeatable and that we should not stop ourselves after accepting the French proposal, that is, after assuming the obligation to include Bulgarians, Croats and Montenegrins in the Constitution.

- I am publicly calling on Aleksandar Nikolovski, as the president of the National Council for European Integration, an important body in the whole process, to sit down and discuss how that body, and thus the opposition, will play a role in this process. The fact that during the screening we need to establish negotiating positions means that we need to commit to how long we can accept and fulfil certain things, the Parliament also has a role here, and therefore it is important that the opposition also is included, Maricik pointed out.

Chief negotiator Maricik further explained that we will have to resolve bilateral issues bilaterally and that is why a historical commission is in place, there are other forms of cooperation and those issues that are in the Protocol, North Macedonia will resolve bilaterally with Bulgaria.

"The negotiating framework clearly states that the general criterion for accession or progress is good neighbourly relations. The agreement with Greece and the agreement with Bulgaria are also placed here. It is an assessment of some general progress that we need to achieve with Greece and Bulgaria. Naturally, progress depends on both sides and what is most important to us, what we insist on now is mutual respect and reciprocity wherever it is possible and necessary," Maricik added.

When asked how he comments on the latest survey conducted by the Konrad Adenauer Foundation as part of the publication "30 Years of Foreign Policy and Defence", according to which 57.1% of citizens are against the "French Proposal", Maricik says that it is the result of two the year and a half blockade that took place on the part of Bulgaria and the atmosphere that created the political rhetoric in both countries.

"What I see as a chance is that the worst phase is left behind and I think that after reaching this agreement, i.e. after accepting the "French proposal", things will take a new course. That means we will start the negotiations, now we will sign the FRONTEX, to enter a phase of bilateral relations that should change the atmosphere", emphasized Maricik, adding that whenever such difficult decisions are made and such difficult decisions are accepted, they do not initially have a broad public support, but over time they gain significance.

The Chief negotiator with the EU, Maricik, thinks that the consensus for our membership in the EU should be renewed and that it would not be fair to the citizens to block ourselves, nor to the state because we have waited enough anyway, we have been blocked enough and we have had obstacles so far.

- We fought as a government to achieve two important goals. One is to realize our foreign political goal of membership in the EU, so that it does not remain only on paper and only in theory. The second is to protect our identity as Macedonians who speak the Macedonian language. I think it is possible. That we can enter the EU in due time as Macedonians who speak the Macedonian language. If we understand that and work on that cause, both as political parties and as individuals and as media and social actors, we can achieve all that. This is a task of the whole society, said Maricik in "Studio10".

Maricik announced that the next two days will follow the screening meetings for chapter 24 - Justice, freedom and security, and next week they will continue with the very important chapter 23 - Justice and fundamental rights.