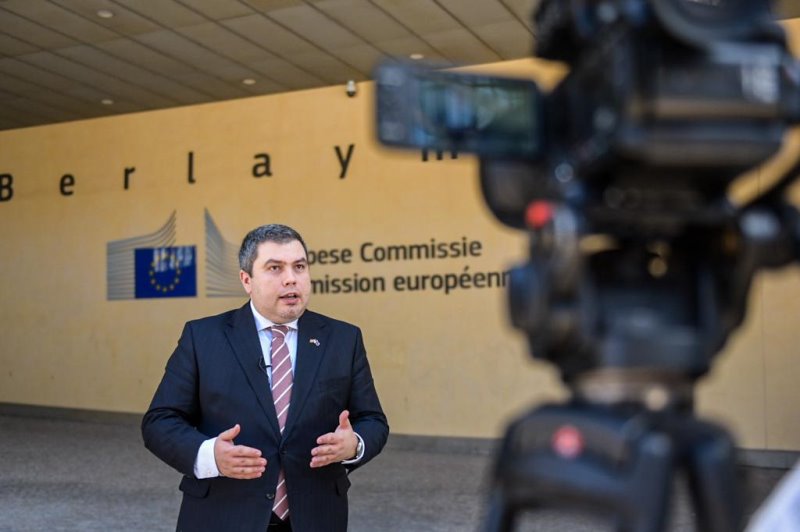 The Deputy Prime Minister for European Affairs, Bojan Maricik, said in a statement to "Trilling" that all political parties and MPs will have the opportunity in the following period to declare which side of the European integration process they will be on, whether in favour of the EU and continuing on that path or for new stoppages and blockages.

- We have one more task ahead of us, and that is to continue the path of negotiations with the EU, because we have already started them. I think that every political party and every MP should have a sufficient sense of responsibility in the coming period. There will be time to decide whether he/she is for the path of the EU or against it, said Maricik, adding that the substantive constitutional amendments that need to be made now, adding a few more communities or groups to our Constitution, are far less problematic, compared to the Treaty of Prespa.

Deputy Prime Minister Maricik is convinced that the MPs will make a wise decision in the coming period and believes that the opposition will understand how important this process is and how important it is to unite around this issue, because as he says: "For us, the road to the EU is open, we just have to implement our obligations."

When asked if we can expect blockades from another member state, Maricik said that every member state of the European Union has the right to raise its own dilemmas and questions during the talks.

- Would it be legal and legitimate on the part of Bulgaria or any other country? No, of course not, because the negotiating framework, the conclusions of the EU Council, the opening statements from both sides, are clear and precise enough about what needs to be done, in which period, in what terms and in what way. Anything else would be abuse. We cannot have a guarantee in advance that in the future some country will not block us, but that now the road is open, in the past it was Greece, until today it was Bulgaria, but the fact is that blocking will not be easy, nor can anyone easily to decide on a blockade after this step, said Maricik.

Regarding the formation of working groups that will be involved in the process of European integration and negotiations with the EU, Deputy Prime Minister Maricik said that a broad social mobilization of all the best structures that we have is needed and that although we already have capacities in the institutions and teams that work on these topics , in the next period we will work on strengthening them.