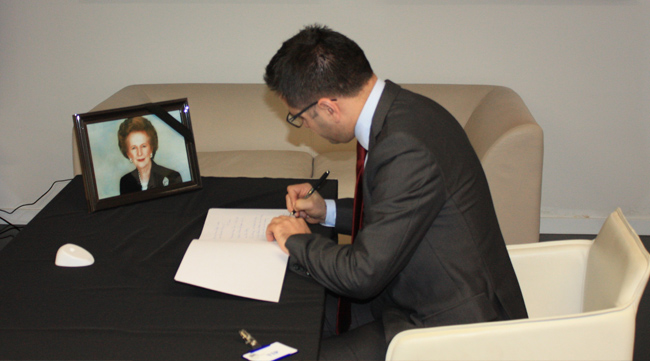 Today the Deputy Prime Minister of the Government in charge of European Affairs, Mr. Fatmir Besimi, expressed his sympathy in the condolences book at the British Embassy on the occasion of the passing of former British Prime Minister, Margaret Thatcher, who died aged 87 in London. He brought to mind her actions, which will remain in the people’s memory, declaring that “The Iron Lady inspired millions of people how to love their country, demonstrating that there is no difference between men and women therein".