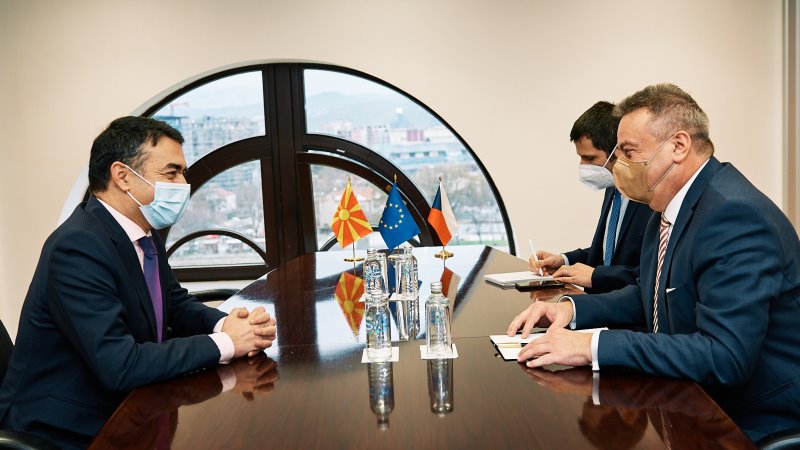 The Deputy Prime Minister in charge of European Affairs Nikola Dimitrov today had a farewell meeting with the Czech Ambassador to North Macedonia, Miroslav Toman.

Deputy Prime Minister Dimitrov thanked the outgoing Ambassador for his strong and principled support to the Czech Republic as a stable and credible partner of the country and the region and his sincere commitment to the success of the EU integration path.

Dimitrov: "Through your work in North Macedonia, the Czech Republic's commitment to promoting and defending European values was reaffirmed, including the solidarity manifested in the context of dealing with the pandemic and its consequences. I hope that during the Czech presidency of the Council of the EU we will have even closer cooperation in the negotiation phase, for which the Czech Republic is among the most vocal supporters."

Elaborating on the achievements during his tenure, Ambassador Toman emphasized the decisive and mature steps of North Macedonia in the reform process and pointed out that the start of accession negotiations is more than deserved.

The interlocutors expressed a desire to maintain and promote the excellent bilateral relations and fulfil common strategic goals, while Deputy Prime Minister Dimitrov wished personal success in future engagements of Ambassador Toman, as well as prosperity of the country and its citizens.