Mr. Dimitrov at a regional conference on the European future of the Western Balkans: “The success of North Macedonia’s European file is crucial if we want a winning European political ticket” 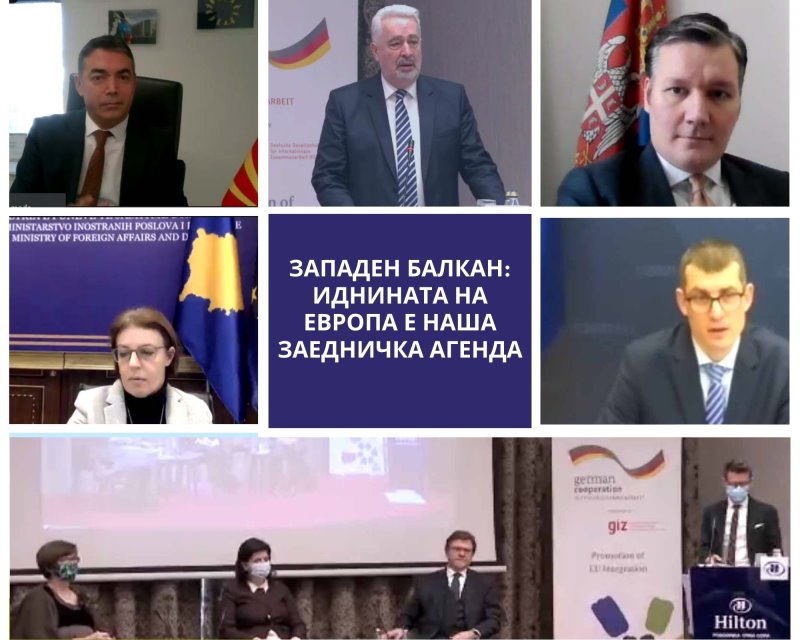 At the invitation of the Government of Montenegro, the Deputy Prime Minister in charge of European Affairs Mr. Nikola Dimitrov took part today at the regional conference on the European future of the region “The Future of Europe is our Common Agenda”.

The Deputy Prime Minister Dimitrov emphasised that in order to overcome the stalemate of the enlargement process, the region should send a clear message supported by concrete actions.

Dimitrov: “The more we speak in a single voice, the louder our message will be and it’ll reach a wider audience. In the capital cities of the EU, the news from one country from the region affects the perceptions of the entire Western Balkans  and we need to show that we can work together and overcome these unresolved issues. On the other hand, the EU has to prove that it understands the strategic importance of enlargement to include the countries in the region. If strengthening the resilience of the Union is an issue that affects the future of Europe, then the region precisely is a vital point to realise this objective. The success of North Macedonia’s European file is crucial if we want a winning political ticket.”

The event was organised in partnership with the German Agency for International Cooperation – GIZ and the welcoming speeches were given by the Prime Minister of Montenegro Zdravko Krivokapic and Gašper Dovžan Chair of the EU Council, and among the participants in the discussion were the Deputy Prime Minister of Kosovo Donika Gërvalla, Chief Negotiator for Montenegro Zorka Kordic, Chief Negotiator for Albania Zef Mazi and other high representatives from the region.