Dimitrov on the issue with Bulgaria: “You cannot create an anti-European criteria and present it as a condition for entry in the EU” 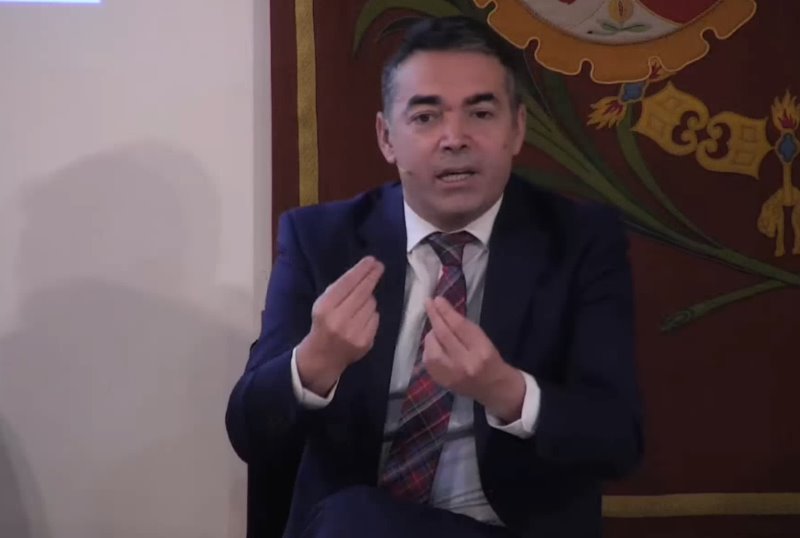 During the discussion on the EU enlargement policy with the Western Balkans, which took place this morning in Madrid, the Deputy Prime Minister Dimitrov explained Macedonia's position regarding the problem with Bulgaria.

"Blocking the European integration path is definitely not helping and is contrary to Article 2 of our agreement, and North Macedonia has not made a similar violation. As politicians, we have agreed to provide preconditions for the success of the Committee on Historical and Educational Issues, they had several meetings and an external expertise and assistance was offered to help the work of the Committee. With this agreement we started an important process that was somehow derailed for reasons that are still unclear”.

In the draft-negotiations framework which is still on the table, there is a technical paragraph which is the same for every candidate country that has started negotiations and provides translation of the EU law in the countries’ own languages – in our case, the Macedonian language, in order to enable an appropriate functioning of the Union, in accordance with its rules and principles once the country becomes a member. Therefore, this issue is treated as а question of self-determination, supported by international law since there isn’t any legal basis nor is it decent for any country in the world, including the Union itself, to recognize or not recognize a language. Under international law, a language is a question for our people”.

Dimitrov also talked about the attempts to overcome this issue, also covered in the effort by the rotating presidencies with the Council of the EU:

“The Bulgarian side raised 5 issues on our bilateral track, saying that if we are able to find understanding on those, Sofia will be able to give us the green light to start the accession talks. At the meetings in Brdo, however, Bulgaria was not able to confirm this position. And we cannot artificially distinguish between the bilateral track and the negotiating framework. If we go in line with the Portuguese proposal, the proposal of the rotating presidencies, starting from Germany, Portugal and now Slovenia, I think we will be able to find a solution within reason.

In his conclusion, he emphasised that the Bulgarian blockade was an investment in antagonism rather than friendship, as confirmed by a recent Bulgarian think tank survey, which showed that hate speech blamed on official Sofia was in fact fuelled by their veto.

If you do not respect the dignity of your neighbour, it is really difficult to become closer and to become friends. If the pre-conditions to move towards Europe are not in line with European value, and if we are conditioned with the Macedonian language, then, and I have said this at home, I am fine with us not making a progress towards the European Union, because then it will not be a membership in a community of values”.

You cannot create an anti-European condition and present it as a criterion for a country to move towards the European Union, and certainly not after we managed to climb a tall mountain – the name issue. The solution with Greece materialized and we added the adjective North, because Greece accepted our right to self-determination, and because the language is the Macedonian language”.