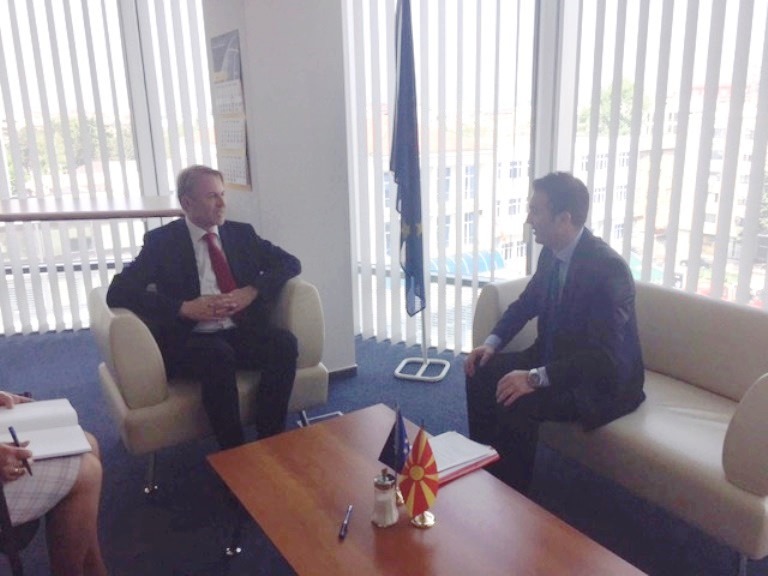 During the meeting Deputy Prime Minister Ademi and the Ambassador Orav also addressed the current political developments in the country, especially in recent days, stressing the importance for the following period to take steps towards complete meeting the obligations of the political agreement and the provision of conditions for implementation of democratic and credible elections.

Also, they stressed the obligations that arise from the Urgent Reform Priorities, in order to keep the focus on these activities which are crucial for the European- Atlantic perspective of the country.

In the end, Deputy Prime Minister of the Government of the Republic of Macedonia Ademi once again
highlighted the permanent orientation of the coutry, stressing the need for all relevant factors in the country to give their contribution through a dialogue to overcome the political challenge we face.