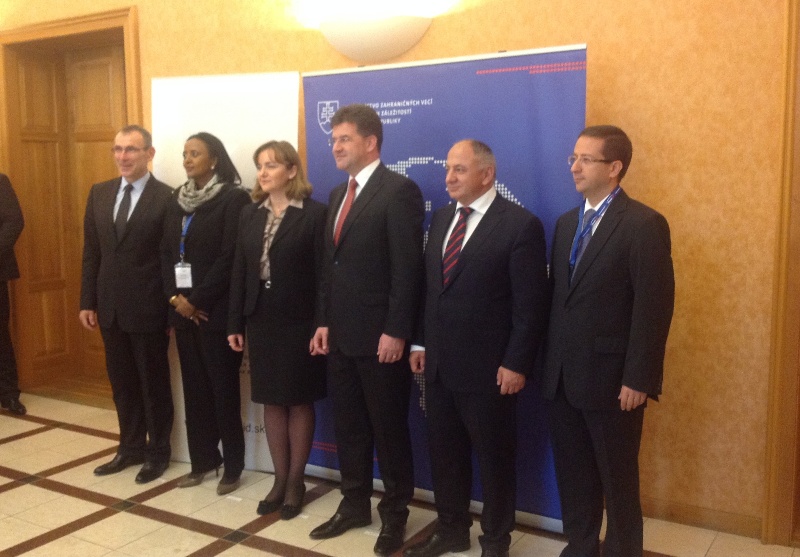 The State Secretary for European Affairs, Mr. Jovan Andonovski, on the occasion of the 10th anniversary of the existence of Slovak aid, participated at the International Conference “Vision for the Development Cooperation for a Changing World”, held on 16 and 17 October in Bratislava.

The aim of the Conference was finding innovative ideas and new perspectives and views on the Slovak development agenda, emphasising the challenges and opportunities for the Slovak Presidency with the Council of EU in 2016.

H.E. Miroslav Lajcak, Deputy Prime Minister and Minister of Foreign and European Affairs of the Slovak Republic had an introductory address at the Conference, as well as H.E. Andris Piebalgs, European Commissioner for Development.

Within the Conference, at the panel discussion “Slovakia and Western Balkans: Sharing Transition Experience”, the Secretary Andonovski had his own address in which he highlighted the importance, experience and expectations from the bilateral cooperation with the Slovak Republic.

During his address, he noted that the lessons learned from the EU Member States, acquired during the accession and post-accession integration process in the EU, are of particular importance for our country in this period, alongside the financial assistance from the partner countries. In that direction, he expressed special appreciation towards the Slovak authorities for the support they give us, which is of particular significance because of the similarity of the issues and challenges that we are facing, as well as the high level of applicability of decisions made in the light of creation of a functional democracy and market economy, as a consequence from the transition period.

Towards the end of the Conference, the State Secretary Andonovski had a meeting with Peter Burian, State Secretary in the Ministry of Foreign and European Affairs of the Slovak Republic.