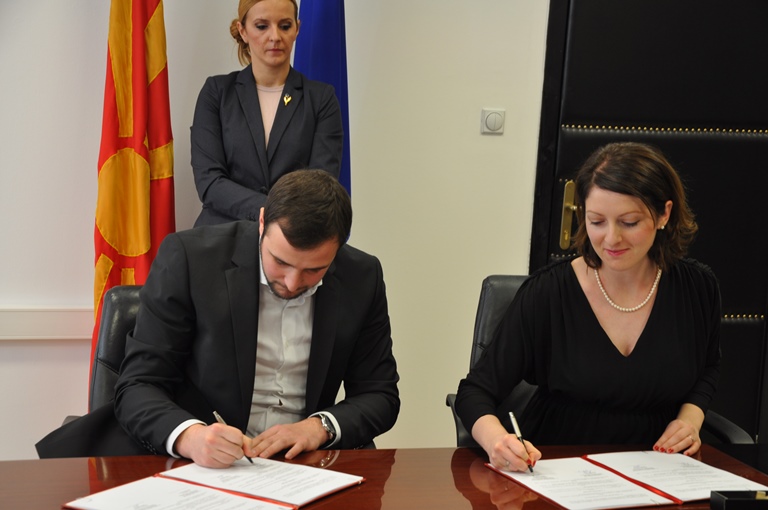 By signing this Memorandum both sides have an opportunity to advance its core mission - providing relevant resources and information to citizens.

"The cooperation which is established for the first time by the Secretariat for European Affairs, provides possibility for all citizens, experts, entrepreneurs and legal entities that have or will have need to read any law or by- law of the national legislation in English, as well as access to the European Union legislation. Our aim is to serve the citizens with the introduction of this new service in our electronic database of regulations,"said director Krzhaloski.

State Secretary, Ana Blazheska expressed  satisfaction of the achieved cooperation with the PP Official Journal. "For SEA this Memorandum is an additional channel through which the public will be informed on EU topics and will be able to use the materials that are made during the accession process more effectively - translated and revised directives and regulations of the EU and Macedonian laws which transpose certain EU legislation translated into English. We believe that will be beneficial and of interest to the experts and academia, but also to all citizens who are interested in different contexts in the European policies and law", stated Blazheska.

The access to texts translated into English and to the EU legislation, published in the electronic database of regulations of PP Official Gazette of RM, can be expected next week.