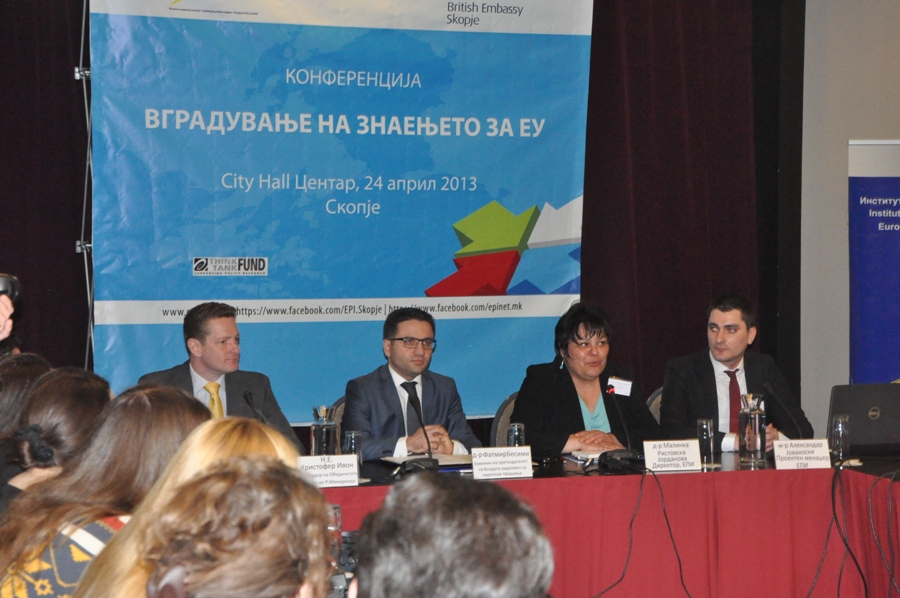 The process of European integration of the Republic of Macedonia is not solely the responsibility of the state institutions, but also to the whole society and all citizens. We all need to give contribution to meet the target, said the Deputy Prime Minister in charge of European Integration Fatmir Besimi, speaking at the Conference "Integrating the European Knowledge" that was held today in Skopje.

- The European integration is an important, complex and relatively long process. We have to build capacities to implement the integration process of the Republic of Macedonia into the EU. Also, we have to prepare those facilities in order to be competitive on the European market, and to be prepared as all other citizens and institutions of the EU Member States in the implementation and compliance with the standards and principles that are applicable in the Union, he stated.

We are aware of the importance of the process for the Republic of Macedonia and for all countries in the region because, as he emphasised, the European perspective proved to be one of the main catalysts that led to the implementation of essential reforms and strengthening the democratic standards, added Besimi.

The European and Euro-Atlantic integration is important because it provides peace, stability and economic development, he added.
- We need resources in order to make this process efficient. That is the reason why I consider the establishment of a network of experts who have acquired their expertise at famous European institutions and deal with issues related to EU-integration as contributing significantly to the support and expertise involved in the process of negotiations, stated Deputy Prime Minister Besimi.

The British ambassador to Macedonia, Christopher Yvonne, agrees that putting into use all the resources and the entire society is necessary for the successful realisation of the EU-integration process. In addition to the contribution of state institutions, that of the individual and of the civil sector is also required, as well as sharing the acquired knowledge for the general wellbeing of the state.

- EU integration is your duty and your responsibility. The choice as to whether you are willing to assume responsibility is also yours. I am of the opinion that the international community has prepared a very clear Roadmap concerning the ways Macedonia is to move towards attaining its full EU membership; thus it can be stated that it has fulfilled its obligation. Now the ball is in your court, stated Yvonne.
Malinka Ristevska Jordanova of the European Policy Institute is of the opinion that young experts are assuming responsibility to give a positive contribution and encouragement to Macedonia’s EU-integration process.

The conference “Integrating the European Knowledge” is organised by the European Policy Institute and is supported by the British Embassy. 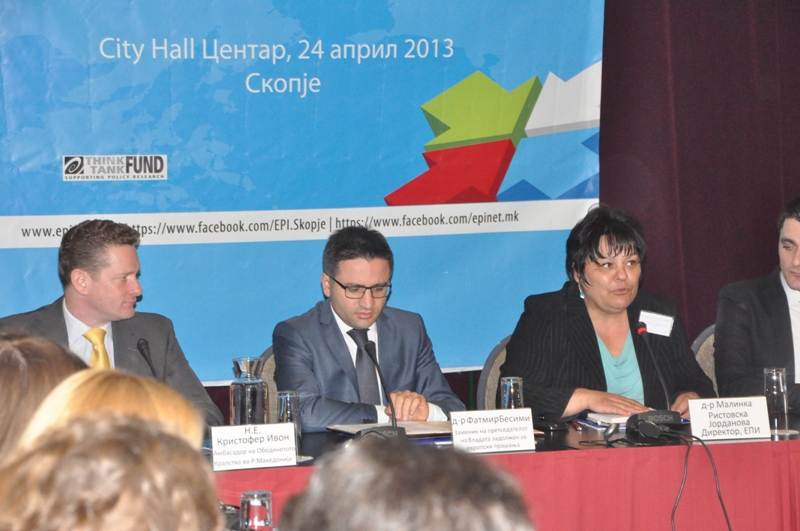 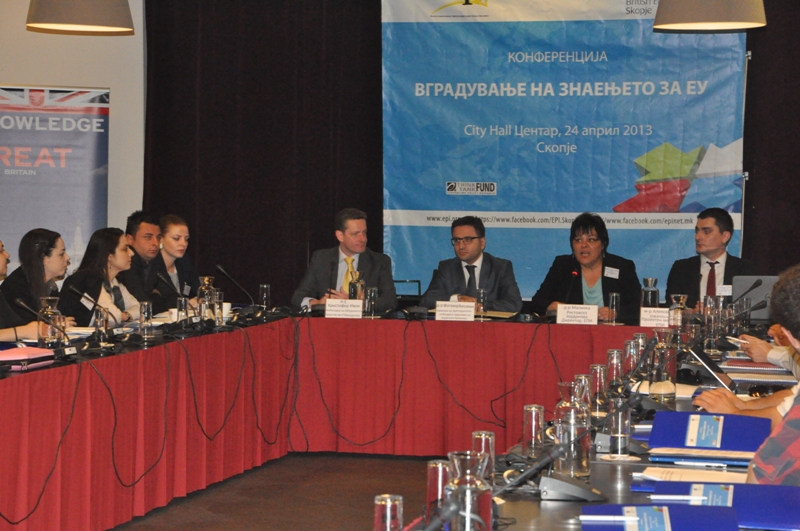 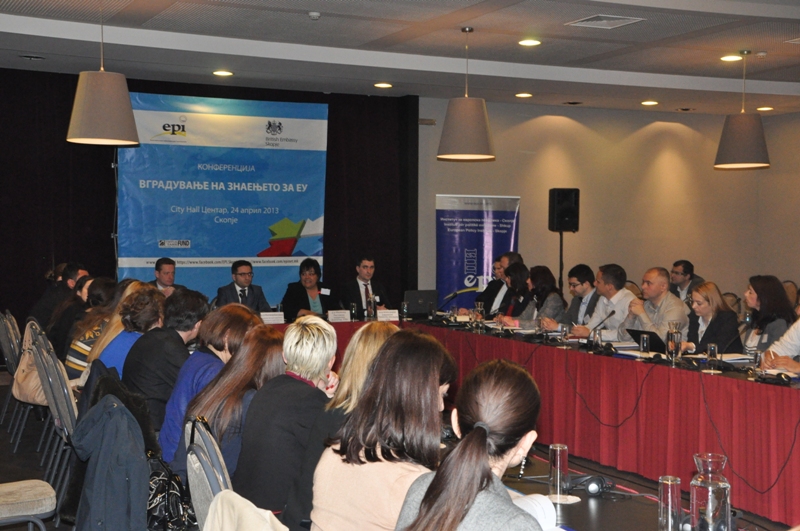 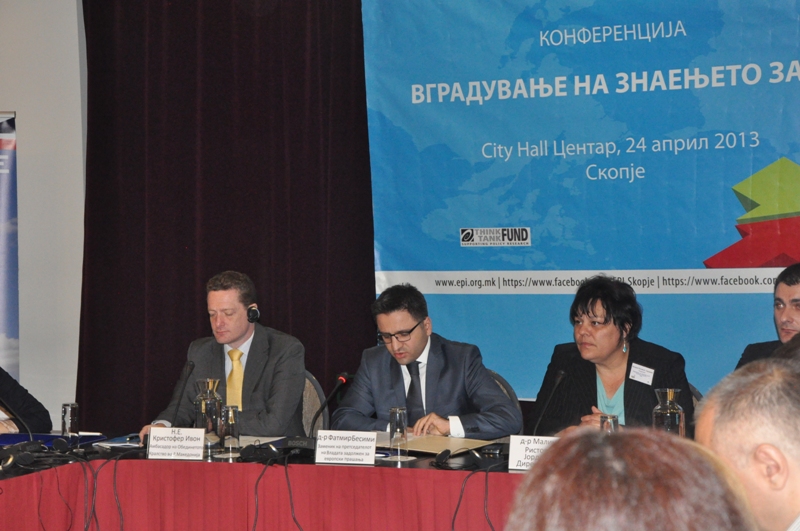 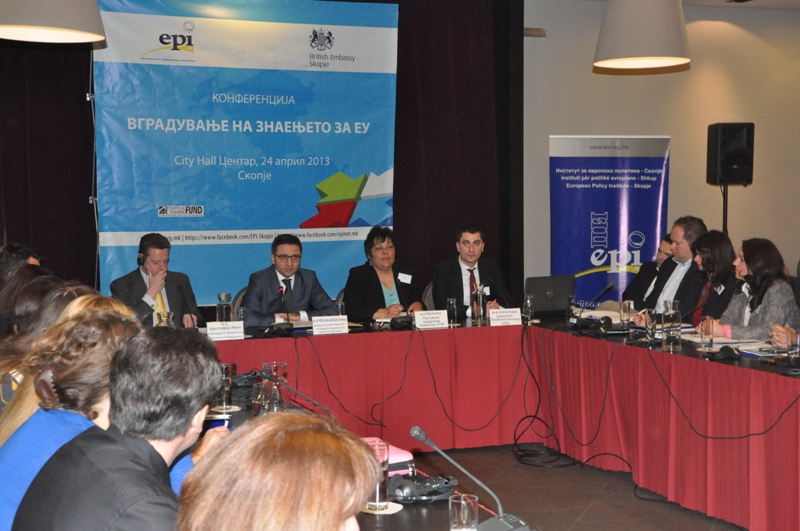