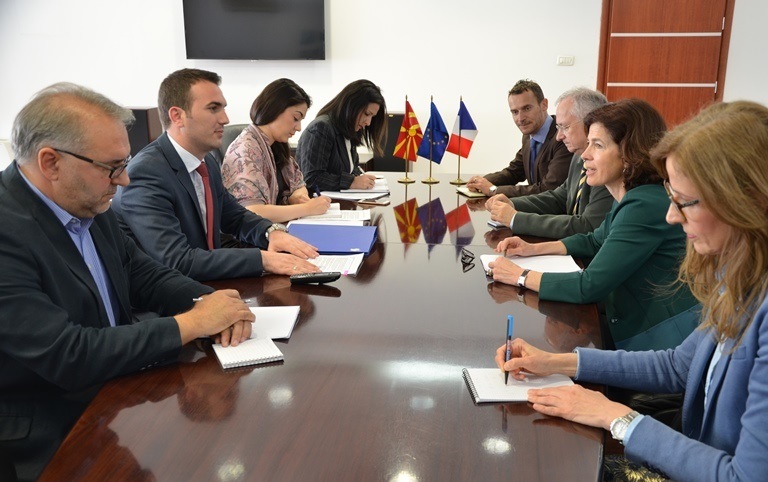 Deputy Prime Minister Ademi and Ambassador Auer discussed the latest political developments in the country, noting that the fulfillment of the obligations of the political agreement by all political parties without exception is crucial for the country.

Deputy Prime Minister Ademi expressed gratitude for the support of France to the Republic of Macedonia and noted that the organisation of the Paris Summit, which is an excellent opportunity to continue the cooperation of the countries in the region, is another confirmation of this. The commitment of France as well as its attitude for continuation of the policy of enlargement to the Western Balkans countries irrespective of the events in the Union is very important.

Deputy Prime Minister Ademi assured the Ambassador Auer that he will personally advocate the continuation and deepening of the excellent cooperation between the two countries.