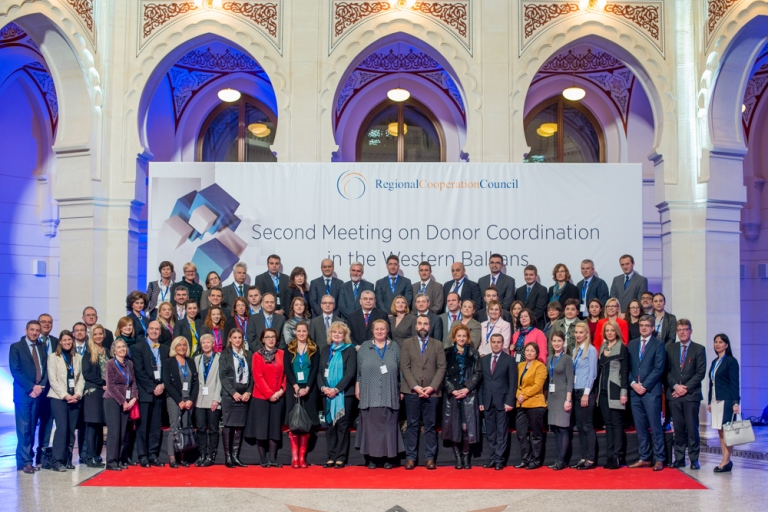 The meeting was attended by all major donors active in the Western Balkans as well as representatives from international organisations and governments in the region.

This coordination meeting was organised by the Regional Cooperation Council in order to emphasise the priority issues facing the countries in the region.

The Secretary General of the Regional Cooperation Council Mr. Goran Svilanovic during the meeting stated that it is often a case that more donors allocate funds for the same area, while other areas remain completely neglected. It would be good, said Svilanovic, if they could avoid this overlapping when donors would cover all the needs of the region equally.
The State Secretary Blazheska pointed to the change in the priorities of the donors due to the migrant crisis and urged not to neglect the previously identified development priorities of competitiveness, growth and infrastructure in South-east Europe.

This coordination meeting is only one segment of the activities that the Regional Cooperation Council together with its partners intends to realise in the future in order to implement the strategy "South-eastern Europe 2020".