News
Representatives of the Secretariat for European Affairs on a study visit in Zagreb
16:03, Thursday, March 17, 2016 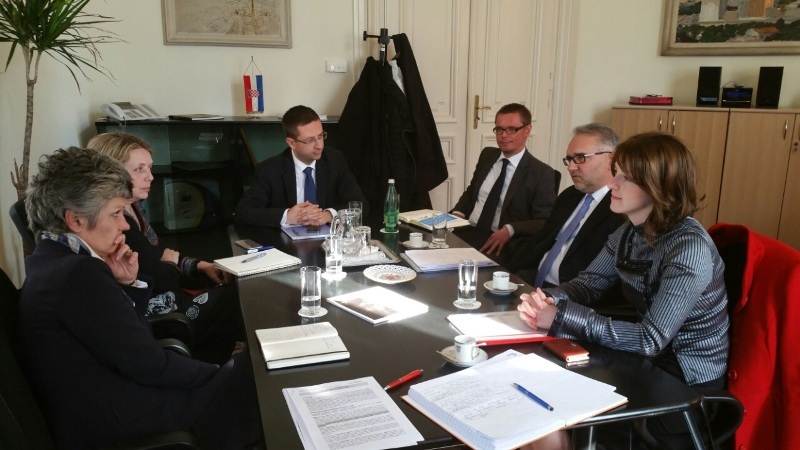 Within the twinning project: "Further strengthening of the administrative and organisational capacity of the European integration process" financed by IPA TAIB 2010 study visit is realised currently by the State Secretary for European Affairs Mrs. Ana Blazheska and some employees from SEA in Zagreb, Croatia.

During the lectures at the Ministry of Foreign Affairs of the Republic of Croatia, the employees of the Secretariat for European Affairs had the opportunity to exchange views and to learn about the operation of the newest Member State of the European Union.

During the visit, State Secretary Ana Blazheska also had a meeting with Mrs. Maja Bakran Maricic, Assistant Minister for European Affairs, the EU Ambassador to Croatia, Mr. Branko Baricevic, as well as representatives of different directorates in the Croatian MFA.

Macedonia's progress in the European integration process, as well as the migrant crisis were discussed at the meetings. Ideas for deepening of the cooperation between the Republic of Macedonia and the Republic of Croatia were exchanged at the meeting, especially regarding the strengthening of the administrative capacities in the European integration process.