News
Meeting of the Deputy Prime Minister Besimi with the Minister for Europe of Great Britain
12:59, Wednesday, March 16, 2016 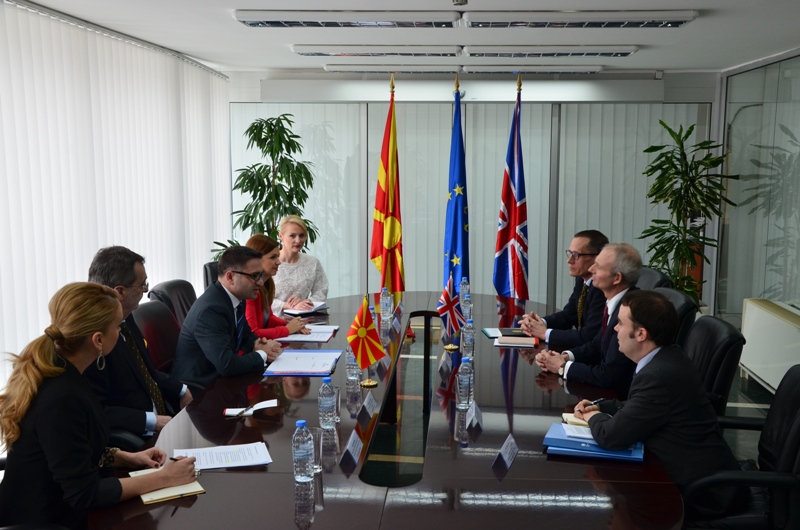 Deputy Prime Minister of the Government of the Republic of Macedonia, Fatmir Besimi PhD today had a meeting with a high delegation from Great Britain, led by the Minister for Europe of Great Britain, H.E. Mr. David Lidington. The British Ambassador in the Republic of Macedonia H.E. Mr. Charles Garrett accompanied the Delegation, as well as representatives from the British Ministry of External Affairs.

Both sides underlined that the cooperation between the Republic of Macedonia and Great Britain are characterised by open and constructive dialogue with continuous deepening of cooperation in various areas of mutual interest. Special emphasis was put on the support for the efforts to integration in the EU, in particular the reform of public administration and strategic partnership with Great Britain, hoping for fruitful cooperation in the future.

Besimi stressed that the Euro-Atlantic integration remains a key strategic priority for our country and for the citizens of Macedonia. The current political situation in the country was discussed at the meeting, as well as the status of reforms and actions taken in respect to the implementation of the urgent reform priorities.