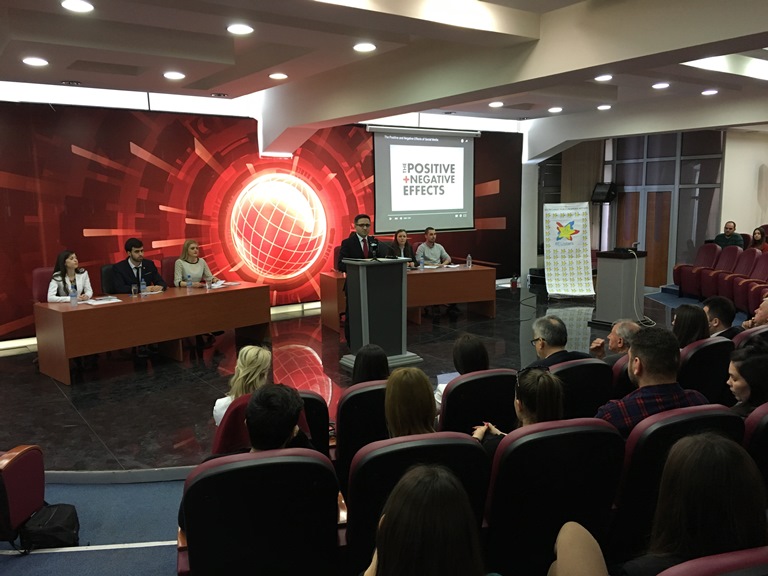 Today the Secretariat for European Affairs held the second debate of the cycle "EU Stars" on topic: "Social media and freedom of expression", was held on FON, where the students of FON-first private university in Skopje were debating. Before the start of the debate, Deputy Prime Minister Besini, Vice Rector for International Cooperation prof. Nano Ruzin PhD and General Manager MS Sefer Canoski addressed and they highlighted the role of debates in the development of the democratic societies.

The first pilot debate within the initiative "EU Stars" was held in June 2015. Before the cycle of debates with students across universities in Macedonia the debate with the students from the University of South East Europe was held and the cycle will continue in the forthcoming year in order to hear the voice of youth as future European citizens.

The debate is part of the SEA project "Youth for EU".