News
Held the last meeting of the National Investment Committee for this year
16:09, Monday, December 07, 2015 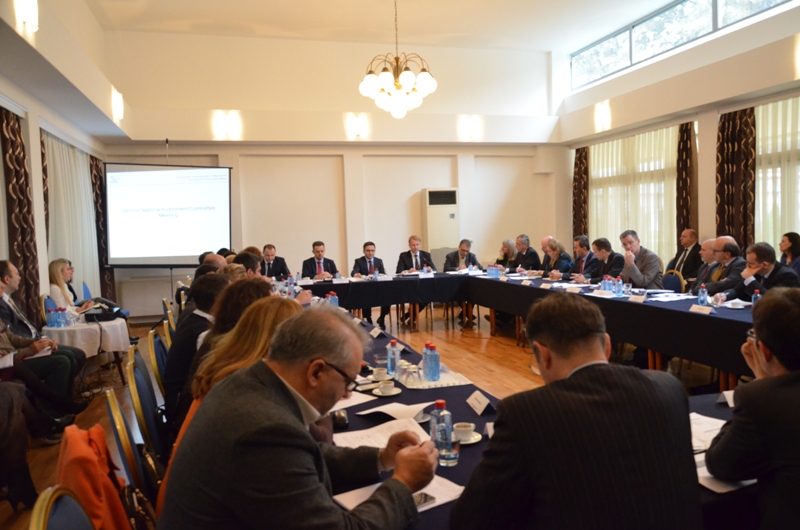 The Secretariat for European Affairs today held the second and final meeting for this year of the National Investment Committee (NIC). Deputy prime minister in charge of European affairs, Mr. Fatmir Besimi, Deputy Prime Minister and Minister of Finance, Mr. Zoran Stavreski, the EU Ambassador, H.E. Mr. Aivo Orav, the Minister of Tranport, Mr. Vlado Misajlovski delivered an address. The ambassadors of the European Union, senior officials from international financial institutions, bilateral partners and the donor community with a permanent mission in the country were present at the meeting.

The attendees considered the sectoral project lists from the sectors of transport, environment, energy and welfare at the meeting.

In his address Deputy Prime Minister Besimi spoke about the importance of the sectoral project lists that are crucial in the coordination of foreign assistance and the national budget of the Republic of Macedonia in respect of the projects relating to energy and transport connection of the Western Balkans and the EU. He stressed that the four working groups transport, social, energy and environment in the past period have invested great effort in order to come to a consolidated list of infrastructure projects. In this manner, stated Besimi will be ensured further effective coordination of development policies through better planning and better allocation of funds for transport infrastructure and energy connectivity.