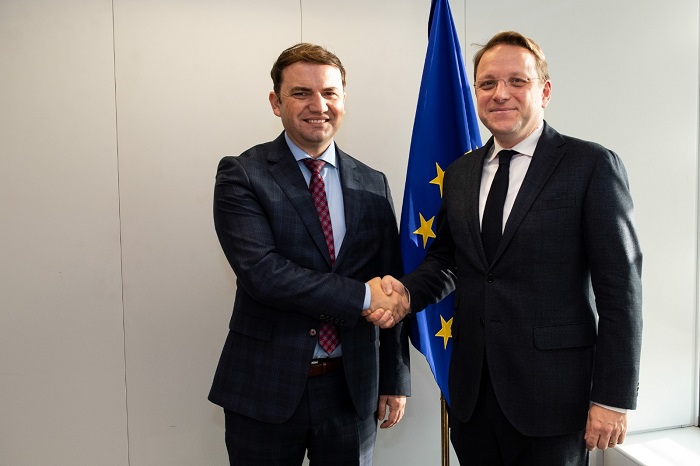 Deputy Prime Minister in charge of European Affairs, Bujar Osmani, within his working visit to Brussels, had a meeting with the newly appointed EU Commissioner for neighbourhood policy and enlargement negotiations, Olivér Várhelyi.

At the meeting they discussed the status of the EU enlargement policy, with special emphasis on the new methodology, as well as the status of reforms and other current developments in the country.

"First of all congratulations on your new post, which I hope will, in the forthcoming period, fully justify the intention of the whole Commission to reconsider the possibility of setting a date for the start of negotiations with North Macedonia during the Croatian presidency. We hope that the process of reform of the methodology will not be delayed, and much less that it will block the initiative to bring the enlargement process back to the Union's agenda promptly, " Osmani said, pointing out that better structured, more efficient, fairer, more substantial and amore credible is of interest to North Macedonia as well.

"Following the failure at the October summit to secure a decision to start negotiations, the credibility of the EU across the region is seriously undermined, I hope that through the new initiatives we will be able to restore the confidence not only in the European institutions but also in the Europeanization process of the whole region in general”, stated Osmani.
Share!
News
Translation