News
OSMANI: WE ARE READY FOR THE CHALLENGE OF THE ACCESSION NEGOTIATIONS- THEY CAN BE OPENED NOW
15:39, Monday, October 14, 2019 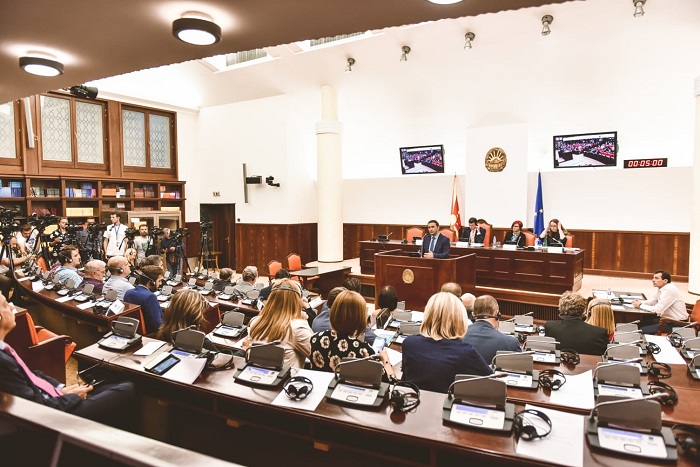 The Deputy Prime Minister in charge of European Affairs, Bujar Osmani today participated on the sixth session of the National Council for European Integration, on the topic "Expectations and Prospects in the European Union Accession Process".

In his address, Osmani referred to the process of transposition of the European legislation, explaining in detail to the participants what the process is and what the country expects after starting the negotiations with the Union, and also presented the negotiating structure which establishment is already finalized.

"After two decades in the process of European integration, the Republic of North Macedonia will finally move into the long-awaited phase of negotiations, which is not a reward, but a valorisation of everything we have achieved together, especially the reforms that were implemented by consensus of both the ruling parties and the those in opposition. We have shown to our citizens and our international partners that the European integration is a strategic commitment that we all believe in and to which we all contribute," Osmani said, pointing out that he believes member states will make a decision at the October summit, it will give impetus to the country's further progress, an impulse that will have a positive impact on other processes in the region, and it will also make a positive contribution to the creation of a more stable, more secure and credible European Union.