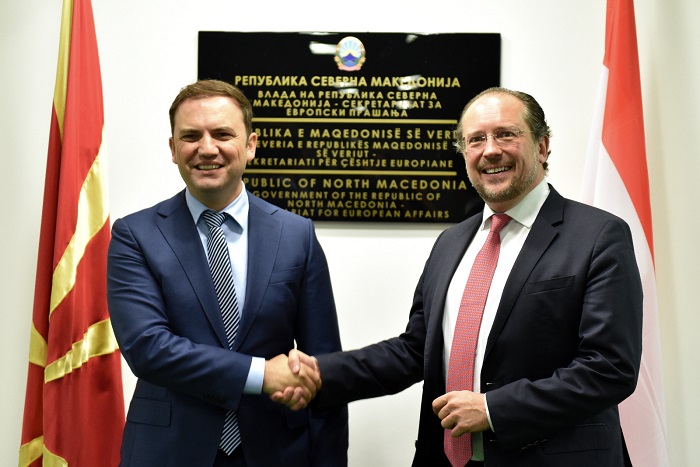 Deputy Prime Minister in charge of European Affairs Bujar Osmani had a meeting with Alexander Schallenberg, Minister for Europe, integration and foreign affairs of the Republic of Austria.

"We especially appreciate the interest of Austria, as an immediate neighbour of the Western Balkan region, and especially the key role played by the country during the Austrian EU Presidency, a period when the country has made the greatest progress in the European integration process," Osmani said at the meeting, thus expressing thanks to  Schallenberg on the active Austrian support ahead of the upcoming EU summit in October, aimed at providing "green light" from the Council to start negotiations with the Union.

Osmani briefed Schallenberg on current developments in the country and the region, and they agreed that key to country's and region's progress in the period ahead remains the start of negotiations with the Union, as a step closer to the European integration not only in North Macedonia, but also in the other countries in the region.