News
Besimi visits Brussels: The acceleration of the EU integration is important for the political stability and the economic prosperity
16:25, Tuesday, July 15, 2014 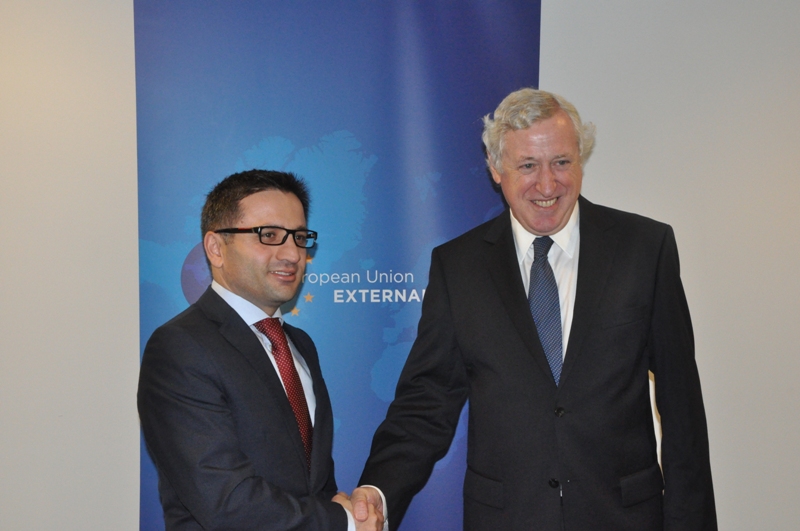 At the meetings the integration of the Republic of Macedonia, as well as the latest achievements of the country regarding the membership in the European Union have been discussed.
The Deputy Prime Minister of the Government has again confirmed the commitment to the European Integration, emphasizing that it remains a strategic priority of the new Government of the Republic of Macedonia. He has informed that Macedonia continues to work on the reforms and on the implementation of the priorities arising from the Progress Report and the conclusions of the European Council, which have been monitored by an Action Plan of measures and activities in order the priorities such as reform of the judiciary and an independent judiciary and strengthening the confidence in the institutions, the human rights, freedom of expression, good inter-ethnic relations and good neighbourly relations to be addressed.
Based on that, he has emphasized his expectation that the country's progress would be noted in the Autumn Progress Report of the European Council.

Besimi has highlighted that the European Integration is the key of the internal and regional integration and that the status quo situation has not been sustainable for Macedonia and for the stability of the entire region.
The Deputy Prime Minister Besimi has informed that Republic of Macedonia is open and ready to find a mutual solution regarding the name issue with the Republic of Greece.

In this regard, the Deputy Prime Minister Besimi has sought a support from the EU and its institutions to facilitate the dialogue on the open name issue with Greece in order to accelerate the process of integration of Macedonia in the European Union, as well as to deepen the cooperation with the EU institutions in the implementation of the reforms before the negotiations for membership officially to be initiated, through creative solutions and mechanisms within the existing institutional framework.

Discussion topics have been the political dialogue with the opposition and the ethnic relations and it has been mutually concluded that it is important that Macedonia shows capacity and successfully manages the situation because it has an impact on the process of European integration of the country.

At the meeting has been also discussed on the integration process of the Western Balkans region, whereas the Deputy Prime Minister Besimi has emphasized the importance of the EU Enlargement to be a priority of the new composition of the European Commission.