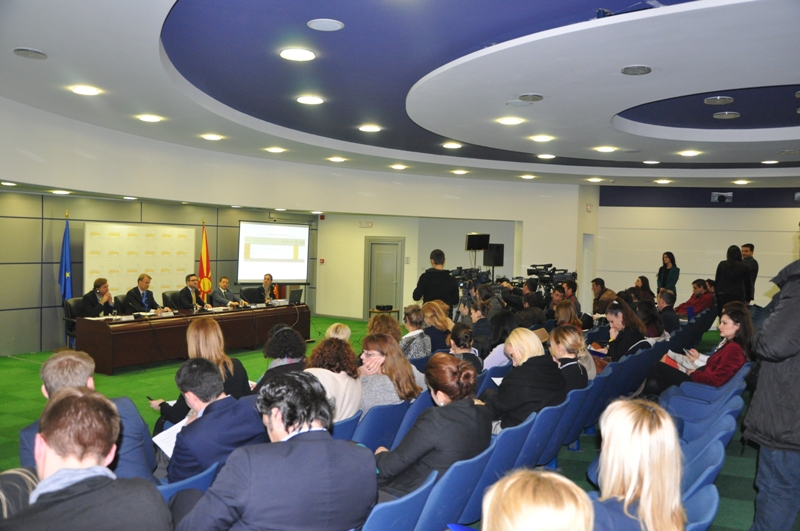 By the end of 2013 a total of 37.3 percent of the EU Instrument for Pre-accession Assistance (IPA) funds allocated to Macedonia to Macedonia for 2007-2013 has been used, Vice-Premier for European Affairs Fatmir Besimi said Thursday at a joint press conference with the Head of EU Delegation in Skopje Aivo Orav at which they presented the status of IPA implementation.
A comparative analysis of the European Commission shows that in terms of IPA funds absorption Macedonia is at the same level with Croatia and Turkey.
For improving the absorption of IPA funds an analysis has been made of learned lessons from the IPA implementation thus far, which detected areas that need further interventions, Besimi said.
“We have been trying to help you to use 100 percent of these funds. It will be perfect if those funds are used in a manner so that the citizens of the beneficiary feel that their country is coming closer to the EU. It is not easy to deal with the IPA funds. The procedures are complex as we talk about a lot of money so we must be careful and be sure that this money is well-used,” Orav said. He recommended better coordination, communication between employees in national institutions in charge of the IPA implementation.
The funds allocated to Macedonia for the period 2007-2013, through the five components of IPA, amount to EUR 613 million. Additionally, the country has also access to the IPA Multi-Beneficiary Programme and the Programmes of the European Union. Between 1992 and introduction of IPA in 2007, the financial aid totalled at over EUR 800 million.
Since IPA's introduction in 2007, more than 450 projects were completed or are being implemented in the country. With EU assistance wide range of projects have been supported, from large infrastructural and environmental projects to small grants for NGOs, grants that supported research and innovation, judiciary reforms, protection of the welfare of people and animals, culture exchange, support provided to small and medium enterprises, etc.