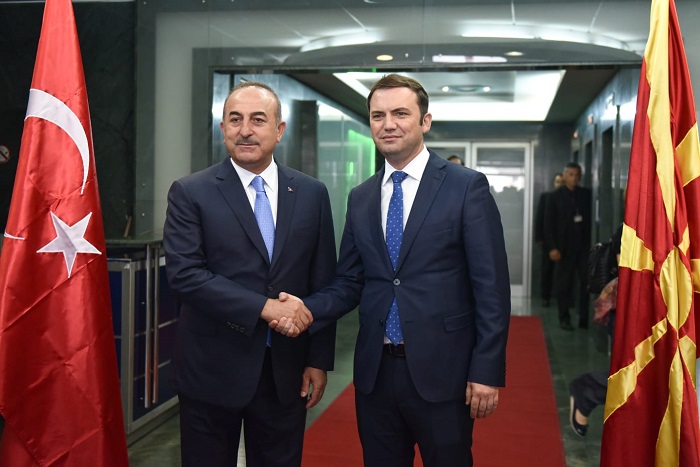 Deputy Prime Minister for European Affairs Bujar Osmani had a meeting with the Minister of Foreign Affairs of the Republic of Turkey, Mevlut Chavushoglu, who pays a working visit to North Macedonia.

"The traditionally close friendly relations between the two countries are a true example of building a strategic partnership, and in that sense, I can say with pleasure that with the ratification of the Protocol for membership of North Macedonia in NATO by the Grand National Assembly, Turkey proved the long-standing support to our country on its path to the European and Euro-Atlantic integration", Osmani stressed.

During the meeting, the two interlocutors discussed the bilateral cooperation and the possibilities for its deepening in the future, within the long-standing strategic partnership, and the topics related to European integration and the perspectives of the country in the forthcoming period were opened, in anticipation of the start of the negotiations in October. Osmani and Chavushoglu exchanged views on the situation in the region, pointing out that the success in overcoming open issues of North Macedonia with its neighbours is a bright example on the Balkans, which should be a motive and incentive for the other Balkan countries.