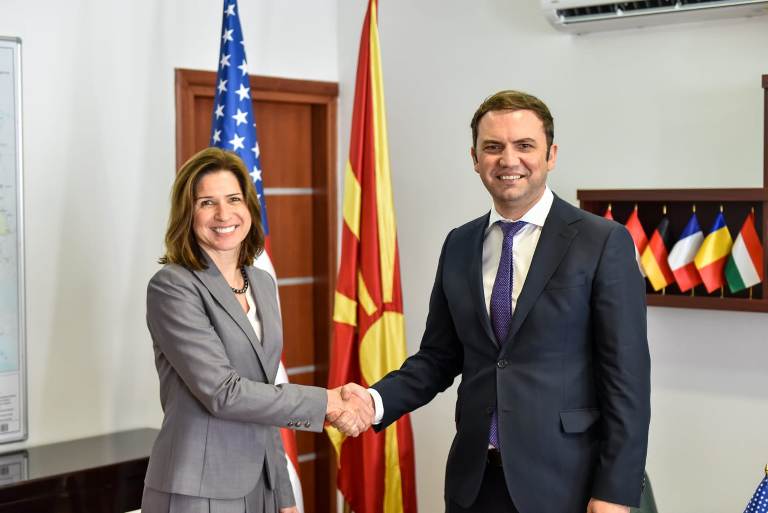 Deputy Prime Minister in charge of European affairs, Bujar Osmani, had a meeting with the newly appointed Ambassador of the United States of America in North Macedonia, Kate Marie Byrnes.

Deputy Prime Minister Osmani congratulated the Ambassador her appointment and wished her successful work in terms of continuing the friendly cooperation within the strategic partnership between the two countries, expressing satisfaction with the US support for the Euro-Atlantic aspirations of the country.

"The United States are not only a strategic partner of the Republic of North Macedonia, but also the most important friend whose support can be recognised in all significant achievements of the country since its independence," Osmani stressed, thus pointing out that North Macedonia remains a reliable partner to the US on the Balkans, being strongly committed to the promotion of the Western values, democracy and stability in the region.

During the meeting, Osmani and Byrnes also discussed the US support for the membership of North Macedonia in NATO, while expecting the ratification of the NATO Protocol by the Senate in following months. Furthermore, Osmani also pointed out the European perspective of the country, given that it is in a crucial period before receiving the date for start of negotiations with the EU in October this year, noting that US support is particularly significant.