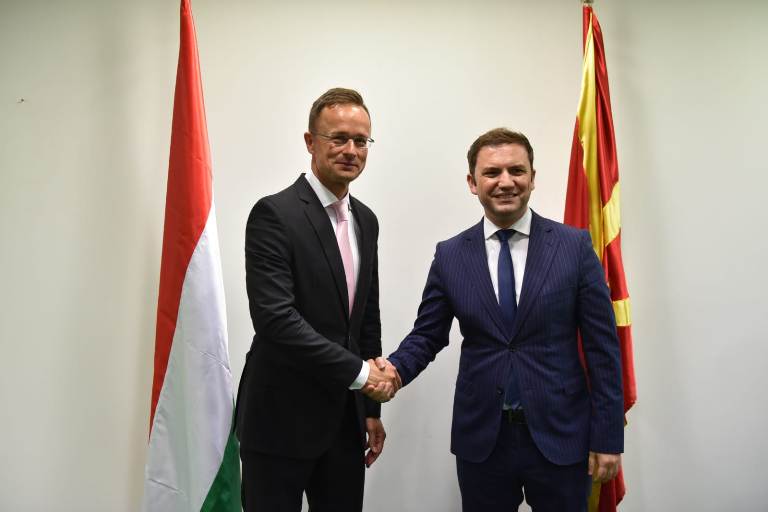 Deputy Prime Minister for European Affairs Bujar Osmani today had a meeting with the Minister of Foreign Affairs and trade of the Republic of Hungary, Peter Szijarto, who pays a working visit to our country.

"Hungary is the leader of the group of countries - members of the European Union, which, explicitly, through a declaration, urged the acceleration of the process of European integration of the country, to open the negotiations - immediately," Osmani said, adding that in addition to the declarative support, which is surely very important, the Republic of Hungary also provides bilateral support to the country as an important element in strengthening the capacities of the negotiating structure, and specifically to strengthen the capacities of the Secretariat for European Affairs which is a key institution in the process of European integration.

At the end of the meeting, Osmani and Szijarto agreed that the bilateral support will be intensified in the forthcoming period, and expressed sincere expectations that, in the appropriate time frame - October this year, the Council will confirm the last year's decision, and North Macedonia will start negotiations for full membership in the European Union.