News
OSMANI: THE START OF NEGOTIATIONS WITH THE EU WILL STRENGTHEN THE EUROPEAN PERSPECTIVES ON THE WESTERN BALKAN
09:48, Wednesday, June 19, 2019 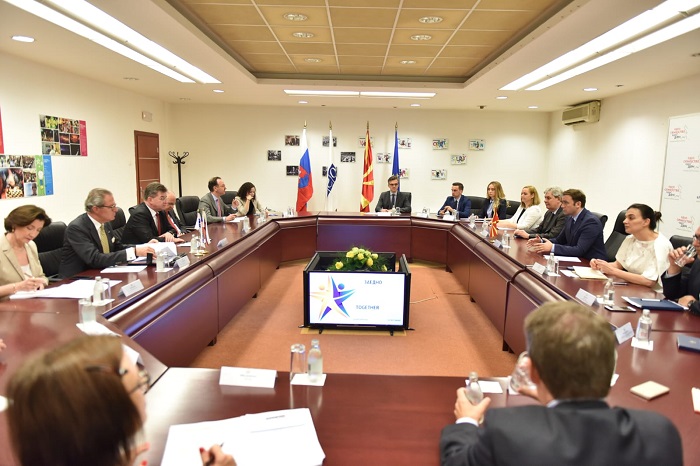 Deputy Prime Minister in charge of European Affairs Bujar Osmani today had meeting with the Minister for foreign and European affairs of the Republic of Slovakia, Miroslav Lajchak.

"The integration of North Macedonia, as well as the countries of the region in the EU, is an important element in the construction of a more stable, safer and a more prosperous Union, and in this direction, the start of the negotiations with North Macedonia is a significant expression of the European perspectives of the whole region" , Osmani emphasized, expressing appreciation to Minister Lajcak for the strong Slovak support for the European integration of the country, especially from the aspect of the last initiative of some of the member states, including Slovakia, to demonstrate the support for the European integration of the country and the region through a joint declaration.

Deputy Prime Minister Osmani pointed out the continuous political and economic bilateral support by Slovakia, which in this period has a special significance for the European integration process, implemented by the European Movement of North Macedonia with the support of USAID and the Embassy of the Slovak Republic.