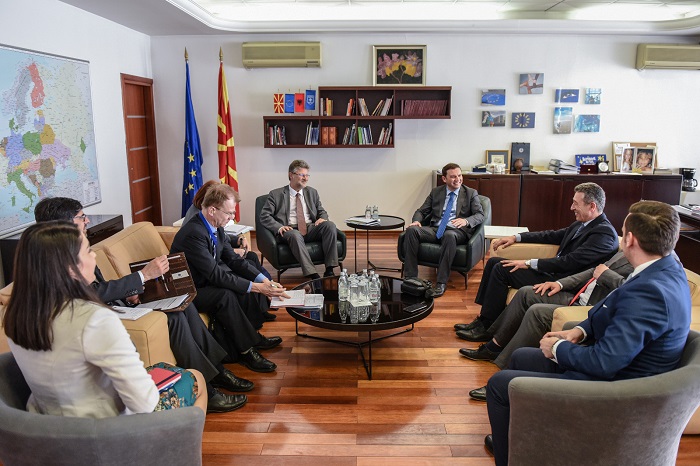 Deputy Prime Minister in charge of European Affairs, Bujar Osmani, had a meeting with a delegation from Eurostat held by the sectoral director Eduardo Barredo Capelot.

At the meeting, the topics for Eurostat cooperation with the Republic of North Macedonia were opened, especially in the wake of the upcoming census, which is expected to be implemented next year.

"The new Law on Census is in the final phase of the Government procedure, and soon I expect it to be adopted, by entering the parliamentary procedure. Our plan is that there will be no obstacles to implement the census in 2020, although the preparations will start this year, so that I expect successful process from which we will obtain reliable data," stated Osmani.

Osmani pointed to the need for closer cooperation between Eurostat and the institutions of Republic of North Macedonia, not only as a body with a know-how and experience in the subject field, but also as an  undisputed authority, in terms of removing any doubt in the reliability of the results, which is of an exceptional importance for the country, regarding the bad experience and the created mistrust of the failure in the implementation of the process last time.