News
OSMANI: THE ASSEMBLY SUPERVISION OF THE SECURITY SERVICES IS AN IMPORTANT PART OF THE REFORM PROCESS
13:09, Tuesday, March 12, 2019 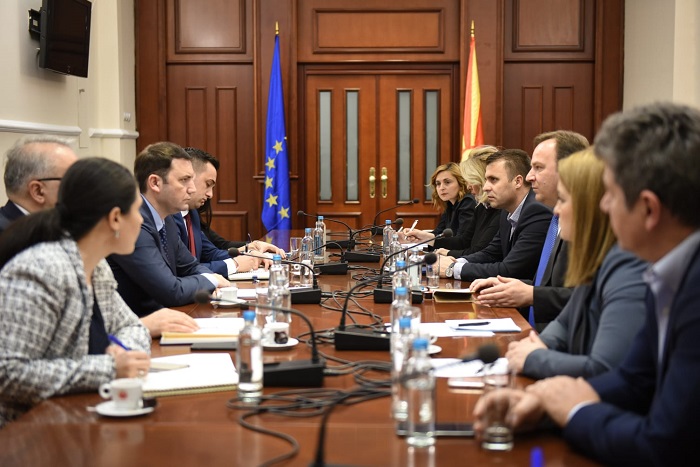 Deputy Prime Minister in charge of European Affairs Bujar Osmani together with a delegation from the Secretariat for European Affairs today held a meeting with the Committee for supervising the work of the security and counter- intelligence directorate and the Intelligence Agency in the Assembly of the Republic of North Macedonia, headed by the President of the Commission, Emil Dimitriev.

At the meeting, the role of the Committee in provision of effective parliamentary oversight of the work of the security and intelligence services, as well as the possibilities for cooperation and support by the SEA as a coordinator of the process in terms of institutional, technical and financial support, including support through current projects of the Secretariat.

"The reform of the security services is one of the key areas closely followed by the EC and by the Member States," said Deputy Prime Minister Osmani. "From the aspect of the legal framework, we have made significant progress, that is, we have successfully completed the first phase with the establishment of the OTA, and already in the parliamentary procedure are the laws that will enable the separation of the ASC from the Ministry of the Interior and the establishment of a new agency that will be responsible for internal intelligence for security purposes," Osmani added.  In addition, he expressed satisfaction with the work of the Parliamentary Committee for monitoring of security services, pointing them as one of the main tools in establishing the functionality of the reforms as an important element in assessing the overall transformation of the country's security system.