News
OSMANI: WESTERN BALKANS IS A PARTNER TO THE EU IN THE ESTABLISHMENT OF THE COMMON FUTURE
19:19, Monday, March 11, 2019 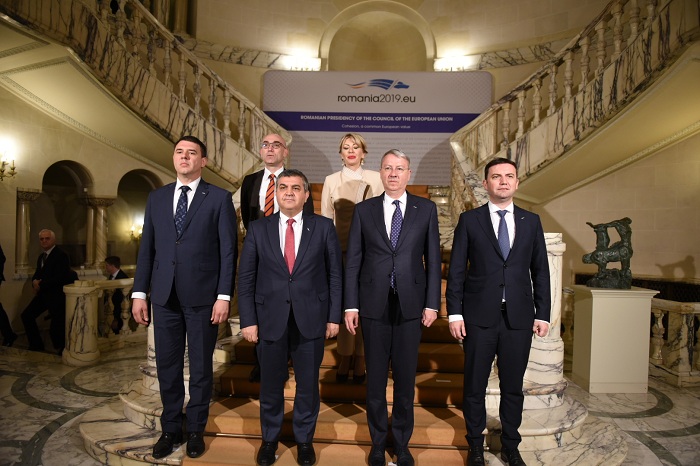 Deputy Prime Minister in charge of European Affairs Bujar Osmani participated at the Informal Ministerial Meeting of the EU Candidate Countries, together with Ministers and State Secretaries for European Affairs from the Member States of the European Union which was held in Bucharest, within the Romanian chairmanship, as one of the road stations before the grand summit dedicated to the future of Europe to be held in Sibiu, Romania on May 9th.

At the meeting the perspectives of the European Union enlargement process were discussed, as an important part in the creation of the European future, and experiences among candidate countries were exchanged in terms of the challenges they face in the pre-accession process.

"North Macedonia is a successful story on the Balkans - a country that has no open issues with its neighbours, with stable internal political and ethnic stability, which is surely on the path to becoming the 30th member of NATO, and we expect the start of accession negotiations with the European Union this year," stated Osmani, pointing out this success as part of the new European momentum on the Balkans, which integration into the EU will mean success of the EU enlargement policy and will contribute to the creation of a stable, secure and prosperous Europe.

This meeting is the second one in a series of meetings between the EU and the candidate countries, after the first one held in Vienna, aimed at preparing member states and candidate countries for EU membership European Union for the upcoming summit in Sibiu, Romania, where the guidelines for the future composition of the Union will be determined.