News
OSMANI: THE GREEK SUPPORT FOR START OF NEGOTIATIONS CONFIRMS THE RENEWED FRIENDSHIP BETWEEN THE TWO COUNTRIES
14:38, Friday, March 08, 2019 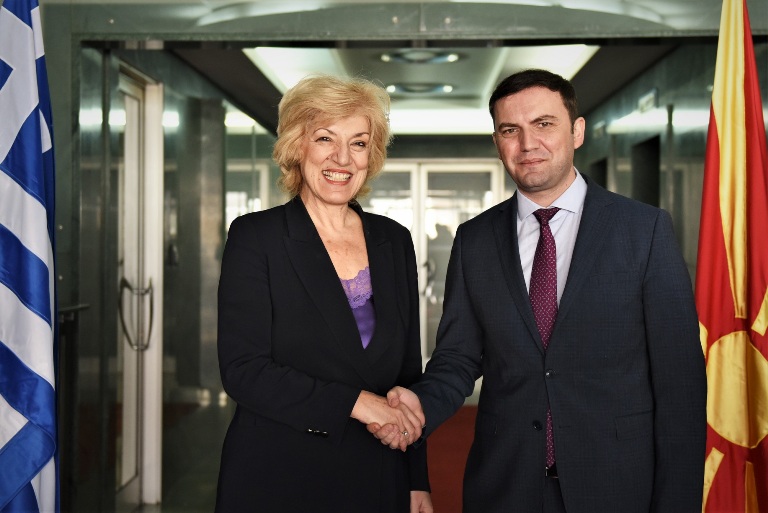 Deputy Prime Minister in charge of European affairs Bujar Osmani today hosted a delegation from the Republic of Greece led by the Alternate Minister for foreign affairs, Atanasia Anastasopoulou.

At the meeting, the topics related to the Euro-Atlantic integrations of the country, the fulfillment of the obligations arising from the Prespa Agreement, the Greek support for the start of the negotiations for membership of the Republic of North Macedonia with the EU, the bilateral cooperation between the two countries, especially the cross-border cooperation that has been implemented for a long time with IPA funds, as well as opportunities for regional cooperation.

"The signing of the Prespa Agreement marked the new era of bilateral relations between our countries, and the forthcoming period will mark the new momentum in the European integration process of North Macedonia with the expected confirmation of the decision to start the EU membership negotiations," Osmani stated, pointing out that the progress in the political relations between Greece and North Macedonia will be confirmed by the strong Greek support in the upcoming period, before the June summits.

During the meeting, Deputy Prime Minister Osmani and Minister Anastasopoulou also discussed the possibilities for cooperation between the administrations of both countries to promote cooperation and exchange of experiences during the preparation of the administration and the rest of the negotiating structure for successful start of negotiations with the European Union.