News
OSMANI: EGYPT IS THE FIRST NEIGHBOUR OF EUROPE AND THE DOOR OF THE TRADE CORRIDORS IN AFRICA AND THE MIDDLE EAST
12:35, Thursday, January 17, 2019 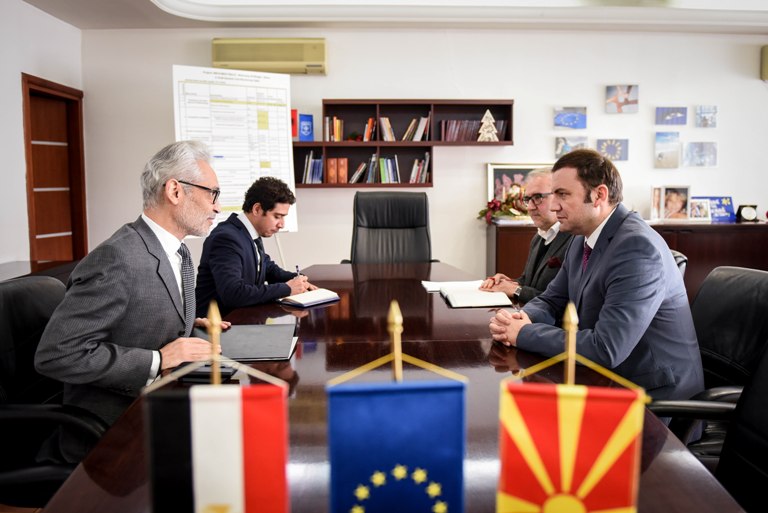 Deputy Prime Minister in charge of European Affairs Bujar Osmani had a working meeting with the Ambassador of the Arab Republic of Egypt, Moayad Fathallah El Dalie, who pays a working visit to our country.

"Egypt is the first neighbour of Europe, and this has a special significance for us, the countries of South-east Europe, given that we are on the road of the trade corridors that connect Europe with the countries of Africa, but also from the whole east," Osmani stated at the beginning of the meeting, expressing appreciation for the visit and the demonstrated interest in cooperation with Ambassador Dalie.

"The two countries have traditionally friendly relations, which should be used to promote cultural, political and, above all, economic cooperation, for which there is enormous potential" - Osmani stressed. In that regard, the interlocutors pointed to the need for renewal of the old business relations between the business sector of the two countries, for which encouragement the two countries would join with their activities.