News
OSMANI: THE EUROPEAN AGENDA CREATES BETTER CONDITIONS FOR THE FARMERS, FOR THE INNOVATORS AND FOR THE BUSINESS IN GENERAL
12:49, Wednesday, December 12, 2018 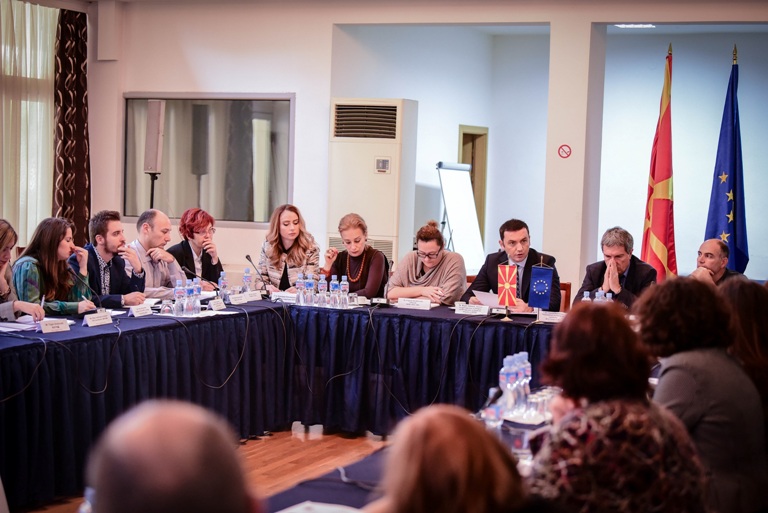 Today, the second meeting of the Sectoral Monitoring Committee for Competitiveness, Innovation and Agriculture was held in the Club of Parliamentarians and chaired by Deputy Prime Minister of the Republic of Macedonia, in charge of European Affairs, Bujar Osmani, in the role of National IPA Coordinator; and the head of the European Union Delegation Cooperation Unit, Nikola Bertolini.

"Increasing competitiveness, the grey economy, legal stability and predictability in the private sector are key challenges for the business sector, and the government is seriously committed to the efforts to provide the right conditions for doing business, especially in the framework of the reform process that emerged from the European agenda," stressed Osmani, pointing out the planned measures contained in the new reform Plan 18, and they will have a proper impact in strengthening the rule of law, the fight against corruption, and combating the grey economy, promotion of judiciary efficiency, etc. Osmani added that the entire process of European integration is aimed at providing better conditions for farmers, entrepreneurs, and the innovators and all segments of the business sector.

Within the meeting, the donors, representatives of the line ministries took part in the meeting, whereby it was jointly concluded that the progress in the IPARD is obvious through implementation = of the projects, as well as the 940 contracts concluded with the persons who successfully applied from the first call, in a total amount of 18 million euros.

The meeting was attended by representatives of the EU Delegation, donors in the country such as the World Bank, the European Bank for Reconstruction and Development, representatives of the four chambers of commerce in the Republic of Macedonia, as well as representatives from the line ministries. The purpose of these meetings is- after the discussion on the progress of the implementation of the programs and through dialogue of the members, to agree recommendations for improvement of the implementation of the action programs in the following period and they are held twice a year.