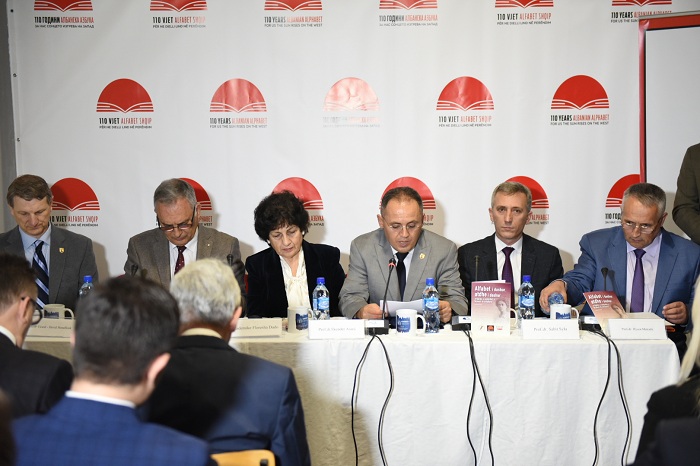 Today, organized by the Secretariat for European Affairs, and on behalf of the Parliament and the Government of the Republic of Macedonia, a Solemn Academy was held in the premises of the Museum of the Albanian Alphabet in Bitola on the occasion of November 22nd - the day of the Albanian alphabet and the 110th anniversary of the Bitola Congress.

The celebration of one of the most important anniversaries, the 110th anniversary of the Bitola Congress and the unification of the Albanian alphabet continues with the promotion of several books, scientific papers; a scientific conference will be held at the hotel Epinal, also in Bitola, while the central event will be the tomorrow's performance by the famous artist Shkelzen Doli with a violin concert accompanied by the Macedonian Philharmonic, and under the baton of Michael Maciaszczyk from Poland, The presidents of Albania and Kosovo - Ilir Meta and Hashim Thaci, marking this historic anniversary on a high regional level, with the presence of Albanian representatives from across the region.