News
OSMANI: THE STATE WILL PROVIDE SUPPORT FOR APPROXIMATION OF THE BUSINNESS WITH THE EUROPEAN STANDARDS
11:57, Wednesday, September 26, 2018 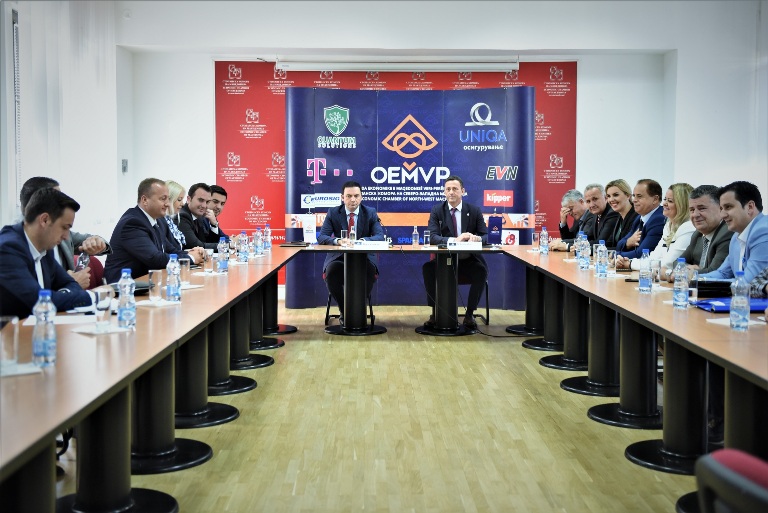 Deputy Prime Minister for European Affairs Bujar Osmani together with the Minister of Education Arber Ademi, the Minister of Economy Kreshnik Bekteshi and Minister of Environment and Physical Planning Sadula Duraku held a joint meeting with businessmen from the Economic Chamber of North-West Macedonia.

At the meeting, the interlocutors exchanged information regarding the situations and the challenges of the business sector, the businessmen themselves, but also about the potentials and the opportunities arising from the European perspectives of the country, even in the very negotiation process.

"The approximation to the European Union means also the harmonisation of the Macedonian rules, standards with those of the Union, something in which apart from the state, the other social segments must take their part, so that probably a big burden on the country's alignment will be transferred to the business sector," said Osmani, pointing out that opening the borders of the European market for products and services from the Republic of Macedonia is also a business opportunity, but also an additional challenge for adaptation of production, quality, standardization, etc., in accordance with European rules and standards.

"Additionally, the markets are opening two-way, making our market more competitive, something our businesses have to adapt to, and for that, of course, in the forthcoming period, will have the support of the state, especially through the interventions with the IPA funds, the purpose of which is exactly adaptation to the European standards and rules "- Osmani added.

Within today's meeting, the interlocutors jointly agreed that overall, moving closer to the European Union is a benefit for the business, an exceptional opportunity for their rapid development, progress, and a challenge to the businessmen themselves to prove they can work upon European, and not only in the Balkan rules.