News
Meeting Besimi – Members of the European Parliament: in anticipation of a positive Report for the Republic of Macedonia
08:52, Tuesday, September 24, 2013 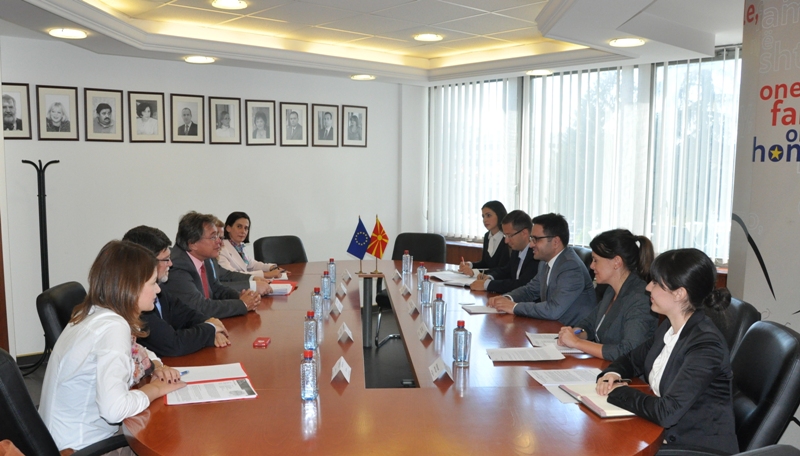 The Deputy Prime Minister of the Government of the Republic of Macedonia in charge of European Affairs, Dr. Fatmir Besimi, today met Mr. Libor Rouček and Mr. Tonino Picula, Euro parliamentarians of the Social Democratic Alliance at the European Parliament.

At the meeting, the Deputy Prime Minister Besimi referred to the status of implementation of activities related to the European Integration process, whereas the focus was put on the obligations arising from the High Level Accession Dialogue i.e. the reforms that are achieved in the area of freedom of expression, rule of law, electoral reform, reform of public administration, and further implementation of the economic criteria.

At the meeting, it was informed about the findings and recommendations of the Report that was adopted by the ad hoc Committee about the events from 24 December, as well as about the signed Memorandum of support of the membership of the Republic of Macedonia in the European Union, which was signed by the political parties, and that arise as an obligation from the Agreement of 1 March.

The Euro parliamentarian Libor Rouček noted that having a consensus among political parties on key issues of national interest is of particular importance for the country.