News
OSMANI: AFTER THE ELECTIONS THE GOVERNMENT IS COMPLETELY COMMITTED TO REFORMS
09:13, Monday, November 13, 2017 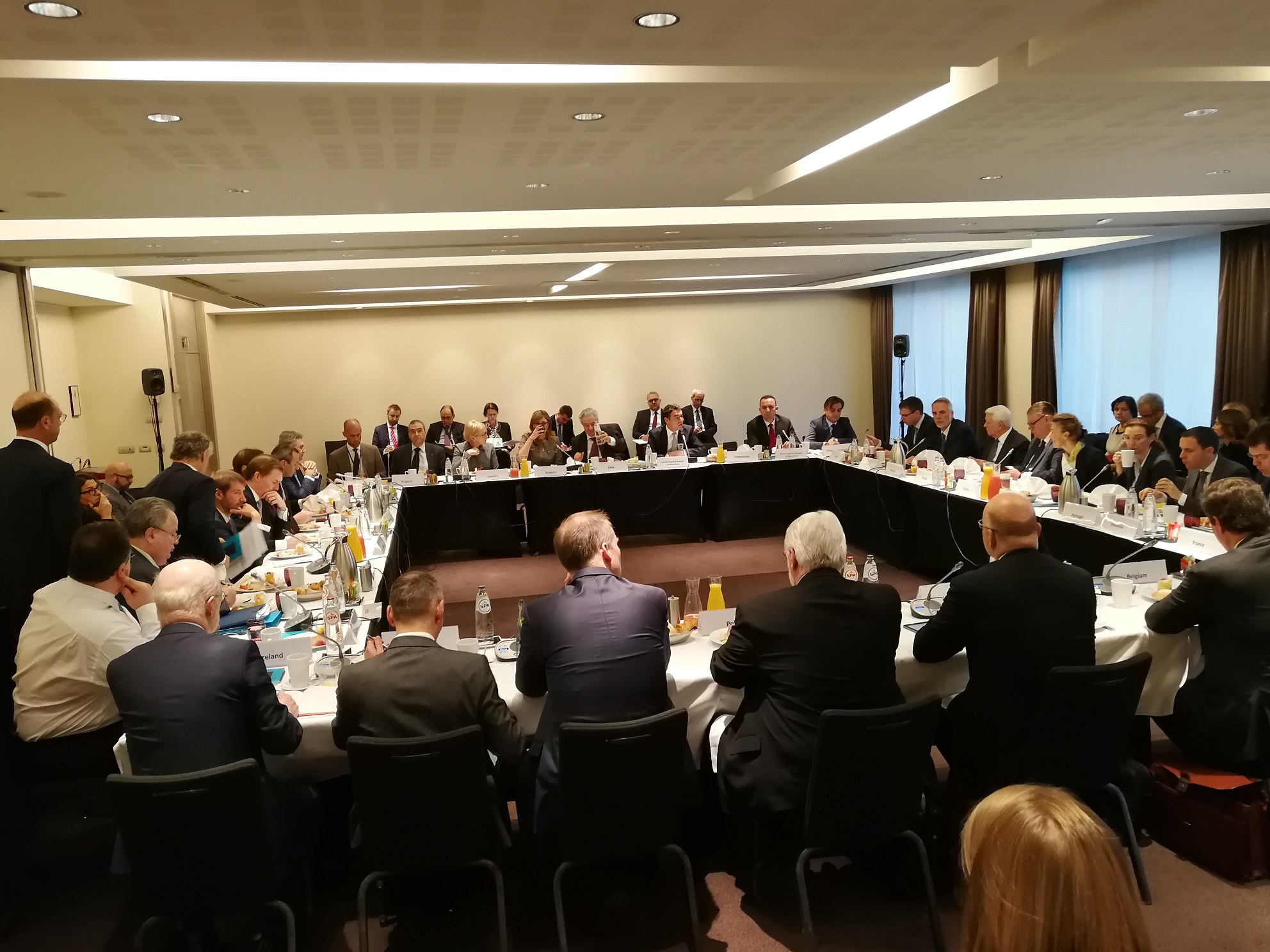 Deputy Prime Minister of the Government in charge of European Affairs, Bujar Osmani, together with Minister of Foreign Affairs Nikola Dimitrov, started the two-day visit to Brussels with a working breakfast with the Ministers of Foreign Affairs of the European Union Member States, where they briefed the progress of the Republic of Macedonia in the European integration processes.

Deputy Prime Minister Osmani first presented the results and achievements in the implementation of part 3 of Plan 3-6-9, which was crowned with the holding of fair, free and credible elections. "The focus of the measures and activities from the first part of the Plan - part three was creation of conditions and holding of impeccable elections, something in which we succeeded and which was confirmed by all relevant domestic and international organisations that monitor the elections, "Osmani said.

Furthermore, Osmani also referred to the preparations of the other parts of Plan 3-6-9, where he emphasised the areas on which most of the reforms were focused on: reforms in the judiciary, where, Osmani informed, in a transparent procedure, with involvement of many domestic and international experts, the completion of the Strategy and the action plan for reforms is near to an end; then, the intelligence services' reforms, where according to the recommendations, but also in accordance with the wide consultation process, a model is chosen and the reforms are in the final phase of approval for implementation; the reform in the public administration, in direction of its de-politicization and professionalization, for which, Osmani informed, a draft version of the Strategy and Action Plan has already been prepared; as well as other areas such as the fight against corruption, the conditions for media work, police reform, in areas in which, Osmani informed, there is progress in the preparation of Strategies and Action Plans that will soon be presented to the public and implemented. "After the elections, the Government again is aggressively devoted to the reforms and completion of Plan 3-6-9, which will contain all the recommendations and remarks from the relevant reports and from our international friends, because our goal is, after its implementation should not follow a new part 12, but to start negotiations," Osmani stated at the meeting.

Osmani and Dimitrov also referred to the progress in closing of the political issues. They informed about the course of the process regarding the law on the use of languages, which is expected to be adopted soon in the Assembly, and also on the progress in good neighbourly relations, underlining the agreement with Bulgaria, as well as the progress in relations with Greece moving in an upward direction.

During the visit, Osmani and Dimitrov have meetings on the agenda with EU Commissioner for Enlargement and Neighbourhood Policy Johannes Hahn, then, Vice President and High Representative for Foreign and Security Policy Frederica Mogherini. Osmani will also have an address at the independent think tank institute, European Policy Center (EPC), on the topic "Plan 3-6-9: further improvement of Macedonia's EU integration process", and on the sidelines of the visit, he will have meeting with the Director for Western Balkans in DG NEAR, Genoveva Ruiz Calavera.