News
OSMANI: 2018 IS HISTORIC YEAR FOR OUR EURO-ATLANTIC INTEGRATIONS AND FROM CROATIA WE EXPECT FULL SUPPORT FOR OUR AMBICES
13:50, Monday, November 06, 2017 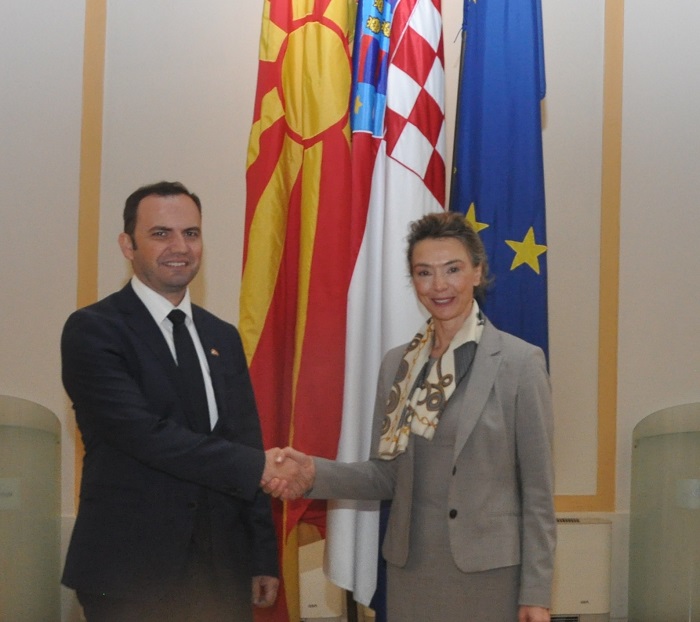 The interlocutors emphasised the good bilateral relations between the two countries, as a basis for deepening cooperation, exchange, and mutual support for political ambitions. Deputy Prime Minister Osmani referred to the European perspectives of the region in the context of the European integration processes in Macedonia. He underlined the new political energy directed toward the European optimism that was created with the formation of the new Government in Macedonia, which was confirmed by the citizens on the last local elections, showing strong affection for the European parties and coalitions. "This new momentum," Osmani noted, "provided an incentive for the Government to implement the planned reforms, and boldly address open political issues. We expect that our contribution will result in concrete steps by the European Union and NATO in the direction of the visibility of our European and Euro-Atlantic perspectives. 2018 is a historic year for the Republic of Macedonia in terms of our integrations, and for these ambitions we expect support from Croatia," Osmani stressed at the meeting.

Deputy Prime Minister Osmani during his visit to Croatia has a few more meetings on his agenda, with the Deputy President of the Parliament of Croatia, Zeljko Reiner, the Presidents of the Committee on European Affairs, and the Foreign Policy Committee of the Parliament of the Republic of Croatia, Domagoj Ivan Milosevic and Miro Kovac, where the topics of the regional cooperation of the countries of the Western Balkans will be opened within European processes, as well as the European perspectives of the whole region.

On the margins of the visit, Deputy Prime Minister Osmani will address the diplomatic representatives in Croatia, which will be held in the premises of the Delegation of the European Union in Zagreb on the topic "New page for Macedonia: 2018 - the year of a credible enlargement perspective ".