News
Meeting Osmani- Plomp: Netherlands has always been one of the most sincere supporters of the Republic of Macedonia
16:38, Friday, June 23, 2017 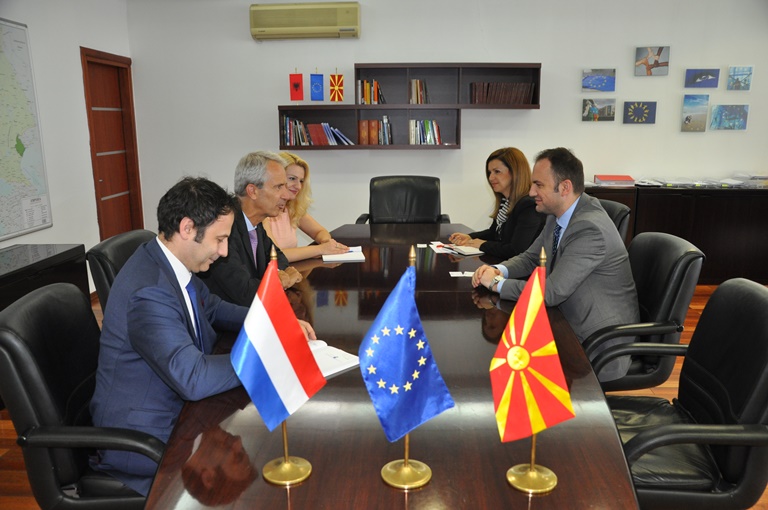 Deputy Prime Minister Osmani underlined that the Netherlands has always been one of our most sincere supporters in the EU integration process, providing assistance on a bilateral level for strengthening the institutional capacities, funding for postgraduate studies, supporting infrastructure projects and transferring the experiences of the Dutch experts, which we are particularly grateful for.

Osmani informed the Ambassador about the future plans that the Government plans to undertake in addressing the key priorities and addressing the challenges arising from the Government"s reform agenda. It was jointly concluded that it is particularly important to deliver concrete results as a confirmation of the commitment to the EU integration process and restoration of the situations to normal.

"It is important to focus on what is realistically feasible and to make the process as inclusive as possible for everyone to be able to contribute to achieving the ultimate goal of becoming a member of the European family," Osmani stressed at the meeting. The interlocutors concluded that this is a unique opportunity which Macedonia must not miss and expressed satisfaction of the reform commitment of the new Government in fulfilling the commitments undertaken in front of the international partners.