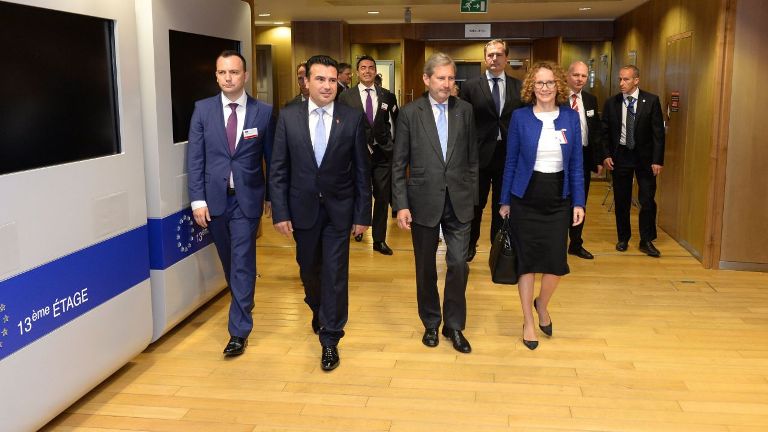 At the meeting with the Commissioner Hahn it was concluded that Macedonia and the other Western Balkans partner countries now require more support than ever in terms of signals and movement towards EU integration.

They also discussed urgent reform priorities which the European Commission requires, in order to be able to withdraw the conditions from the recommendation to start negotiations. Hahn highlighted that there is a lot of work ahead in order to return the country on the Euro- Atlantic path and expects that the new Government will work on the EU oriented reforms in a completely inclusive process.