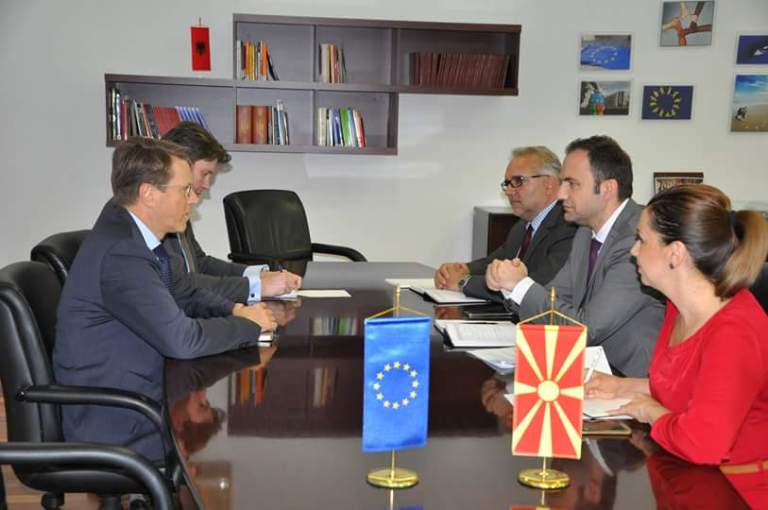 At the meeting Deputy Prime Minister Osmani and the Ambassador Zhbogar discussed the priorities on which the new Government shall work in the coming period, within the activities regarding the EU integration.  "We are facing challenges in order to make up for the lost time, due to the extended political crisis, and to return the country on the EU integration path.  We hope to do so in close cooperation with all stakeholders in the country, supported by our international friends, and especially in partnership with the European Commission and the EU delegation," stated Osmani. He informed the Ambassador that upon his proposal, the Government adopted decision to closely monitor the dynamics of the reforms for EU integration, in accordance with the Urgent Reform Priorities, as well as detailed insight in the IPA funds status, in order to improve their utilisation. Deputy Prime Minister Osmani once again confirmed the position of the new Government that the EU integration remains strategic priority of the country.

At the end of the meeting Deputy Prime Minister Osmani and the Ambassador Zhbogar agreed that it is necessary to work hard on the reforms, through narrow cooperation with the Government and the Parliament in the forthcoming period, in order to implement the necessary reforms to ensure the conditions, on national and international level, for accession of Macedonia to the European Union.