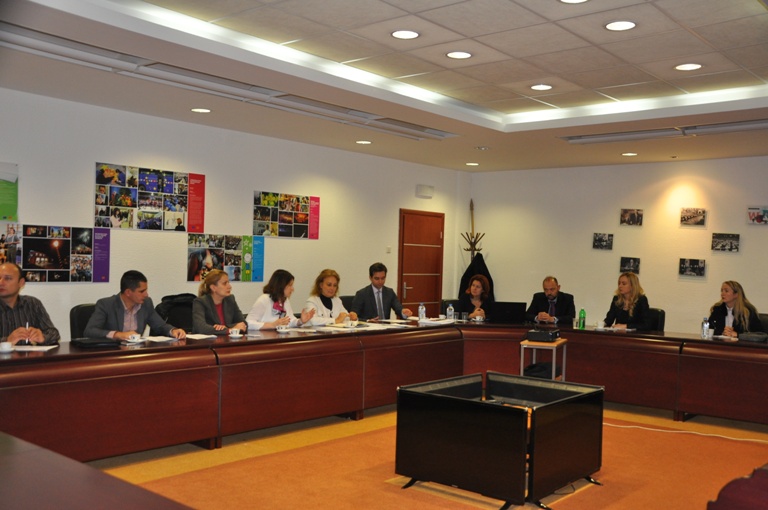 Today at the Secretariat for European Affairs was held the first meeting of the TAIEX expert mission on developing an IPA staff retention policy.

The meeting was chaired by the State Secretary of the Secretariat for European Affairs Mrs. Ana Blazheska, who informed the experts about the current state and outflow of personnel from the IPA structures and also stressed that it is important to a policy of IPA staff retention which would increase the IPA funds absorption.

TAIEX experts from Bulgaria who attended the meeting, Mrs. Dobrinka Krasteva, Head of the Central Coordination Unit and Mr. Radoslav Milanov from the Department of modernisation of the Administration office highlighted that they would use the level of their experience acquired so far in their country, also taking into account the national legislation of the Republic of Macedonia and that they will prepare a draft version of the IPA staff retention policy therefore envisaging manners to motivate and reward the employees in the IPA operating structure, according to the extent of completed projects and absorbed IPA funds.