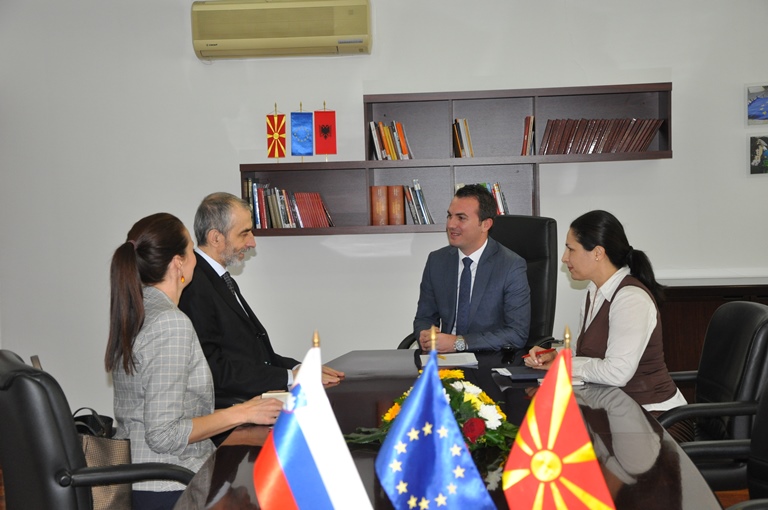 In this context, Deputy Prime Minister Ademi stressed that Macedonia is a good friend of the country and an important supporter in several areas, especially the process of Euro-Atlantic integration. Ademi said that the European perspective should be retained for the country and for the region as well.

Ambassador Jazbec agreed that the enlargement policy is one of the most important European policies and the most appropriate response to the structural challenges facing the Union.   At the meeting they also discussed the key activities implemented in the previous period in accordance with the commitments arising from the Political agreement, and they jointly underlined the importance of organisation of democratic and credible parliamentary elections.

The Deputy Prime Minister also underlined the Government's commitment for fulfilment of the Urgent Reform Priorities, as well as complete implementation of the recommendations from the analysis of the Ohrid Framework Agreement.