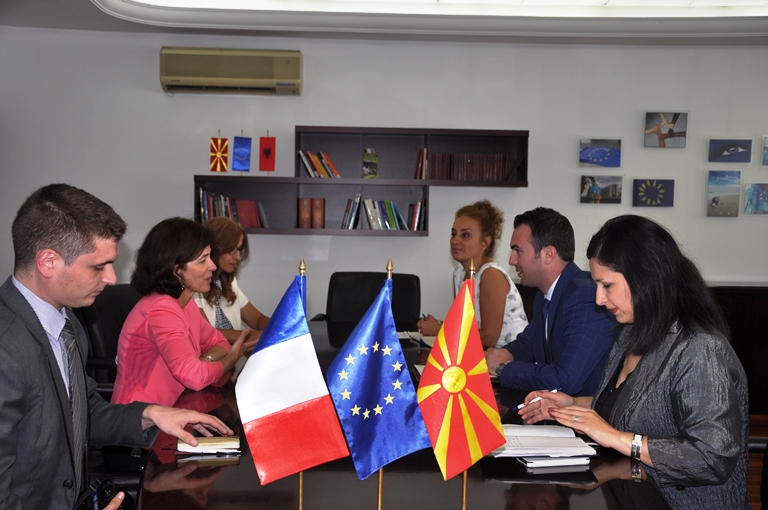 At the beginning of the meeting, the Deputy Prime Minister Ademi thanked Ms. Auer for her personal support and for the support and assistance of the Republic of France to our country and in our European integration efforts, especially for the support to the Secretariat for European Affairs and other state bodies.

Also Deputy Prime Minister Ademi wished her success in her future engagement, assured that we can still count on her significant contribution in terms of EU enlargement policy.

The Ambassador Auer stressed that France will continue to support Macedonia's EU integration process and said it was necessary to further deepen the bilateral relations between both countries. In this context, they expressed readiness to provide expert support to deal with the consequences of the floods that hit the capital Skopje and the North-western part of Macedonia.

Regarding the current political situation, both of them highlighted the importance of full implementation of the Political agreement and the organisation of credible and democratic elections, as well as the implementation of the European agenda reforms on an inclusive and transparent process.

Deputy Prime Minister Ademi and the ambassador Auer agreed that beside the challenges EU faces, it is necessary to keep the focus on the enlargement policy as well, since it is one of the most successful policies of the Union.